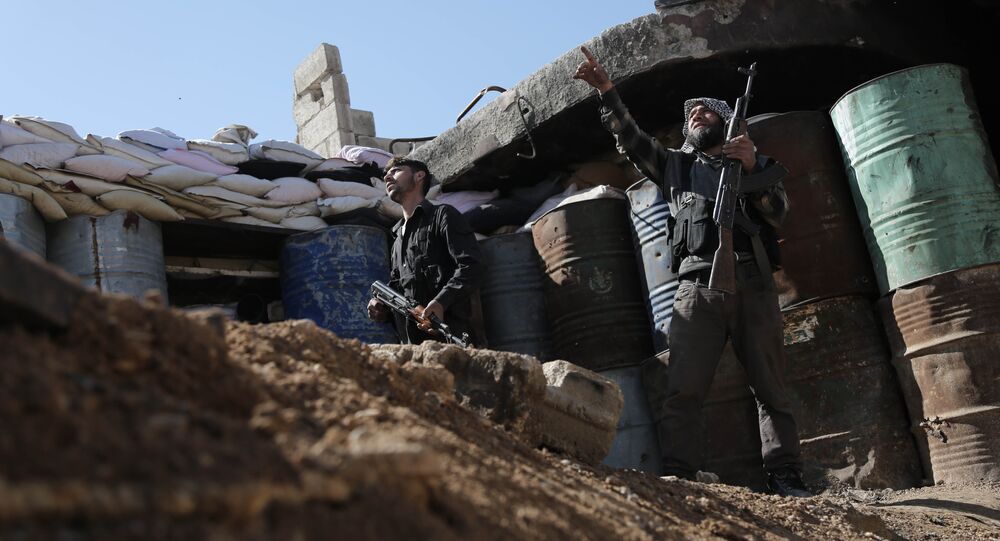 Over the past 24 hours the cessation of hostilities in Syria was violated 15 times, according to the Russian reconciliation center.

© AP Photo / Mohammad Hannon
Hmeymim Meeting Participants Form Action Group to Draft New Constitution
MOSCOW (Sputnik) – The ceasefire between government and rebel forces in Syria has been violated 15 times over the past 24 hours, with four injuries sustained in rebel shelling, the Russian reconciliation center said in a daily newsletter published by the Ministry of Defense on Sunday.

"Over the past 24 hours the cessation of hostilities was violated 15 times (11 in Damascus, one each in Hama, Daraa, Idlib). Four people were injured under the shelling by illegal armed groups in residential neighborhoods and divisions of government forces in Damascus," the center noted.

It was added in the newsletter that the preliminary agreements to join ceasefire had been reached with the elders of the six settlements in the province of Damascus.

The Russia-US brokered ceasefire was backed by the Syrian government and dozens of opposition groups on the ground. The Daesh and the Nusra Front (outlawed in Russia) are not part of the truce.