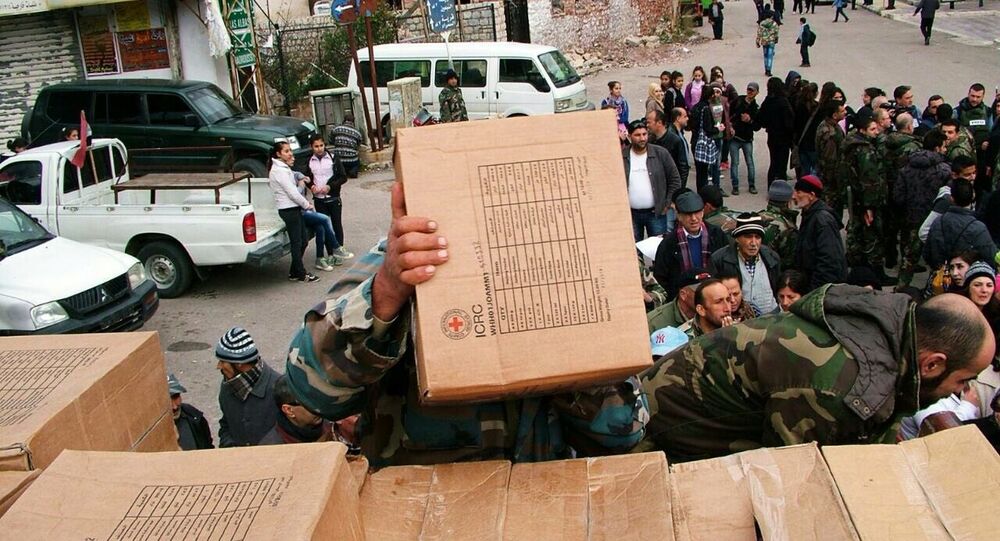 The specialists of the Russian center for Syrian reconciliation delivered food and drinking water to the residents of the settlement of Latakia as well as provided them with medical treatment, according to the Russian Defense Ministry.

"Russian Centre for reconciliation of opposing sides in the Syrian Arab Republic has transported 3.5 tons of humanitarian aid in al-Suria (Latakia province)," the newsletter published in English on the website of the Russian Defense Ministry said.

It was added in the newsletter that the specialists of the reconciliation center delivered food and drinking water to the residents of the settlement as well as provided them with medical treatment.

© Sputnik / Ali Abrahim
Helping Hand: Russian Military Delivers Six Tonnes of Humanitarian Aid to Syrian Towns
Syria has been in a state of civil war since 2011, with the government forces fighting several opposition factions and militant groups. The conflict has significantly damaged the country's economy and caused a humanitarian disaster.

A US-Russia-brokered ceasefire came into force on February 27 across Syria. It was supported by Damascus, as well as by dozens of opposition groups on the ground. The Islamic State and the Nusra Front (both outlawed in Russia) are not part of the deal.