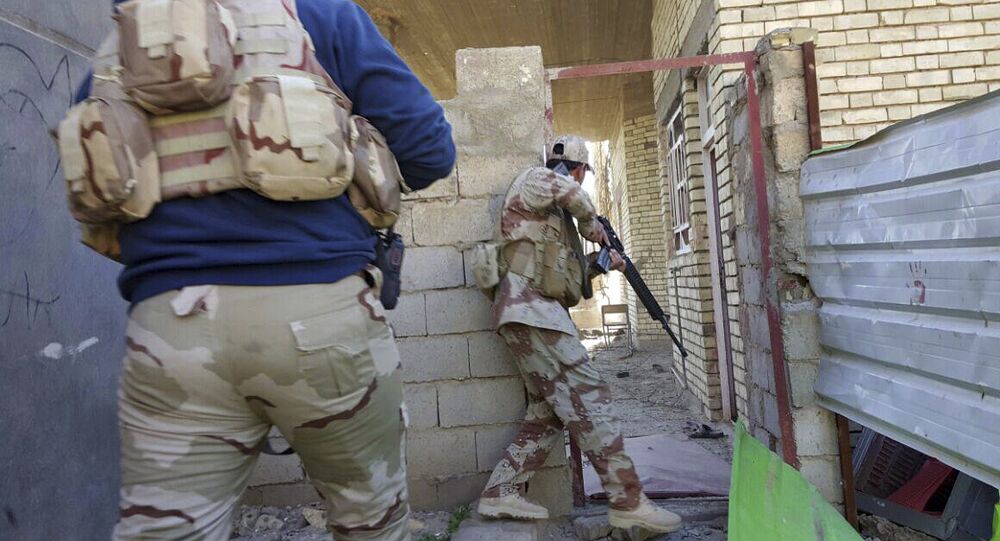 Iraqi armed forces repulsed the attack of Daesh and killed 17 terrorists in the region of Hamidiyah east of Ramadi on an international high-speed highway, according to the Anbar province head of military operations.

"Daesh fighters attacked army troops… in the region of Hamidiyah east of Ramadi on an international high-speed highway. The forces were able to repulse the attack and kill 17 fighters," Ismail Mahlawi told the Alsumaria network.

Youtube / Sputnik
No Rest for the Wicked: Iraqi Forces Advance on Daesh
The commander added that forces destroyed two terrorist hideouts and defused 12 explosive devices left by fighters in the region.

Mahli also noted that 14 Daesh fighters have been killed in US-led coalition airstrikes in Albu Obaid, another area east of Ramadi in Iraq.

Iraqi forces reportedly liberated areas east of Ramadi from IS militants in early February, two months after the national army announced it had regained full control of the capital of Anbar.

No Rest for the Wicked: Iraqi Forces Advance on Daesh