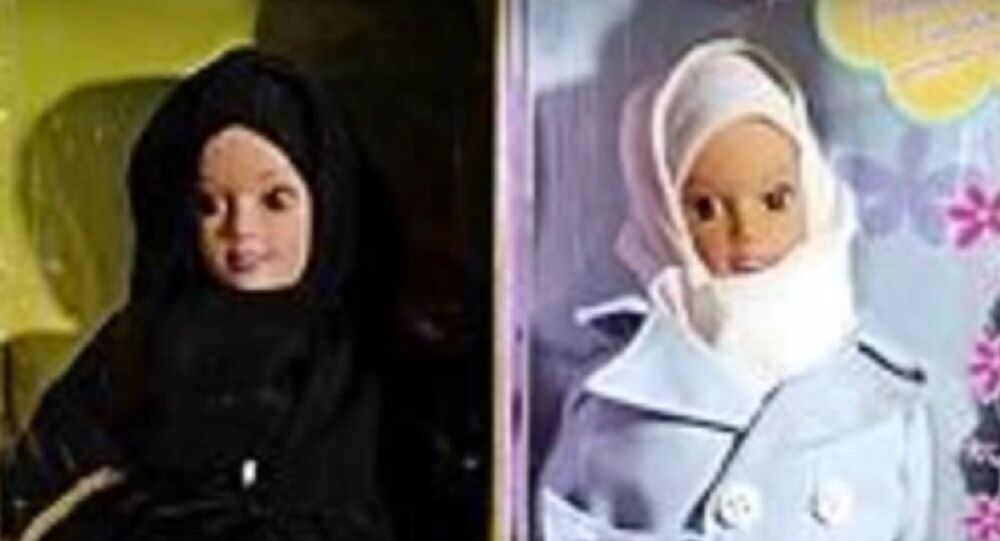 Iranian toymakers are using Chinese analogues of the American Barbie dolls to make their own versions whose looks and attire would resemble those of their own kids, Iranian news agency ISNA reported.

© Photo : https://www.youtube.com/p08pvv
Russian Army Sings ‘Barbie Girl’
Locally-made Barbie dolls are available at 5 dollars apiece. There was a time when every little girl in Iran had a doll made by her granny.

Those days are gone as local toymakers worldwide are being phased out by an avalanche of plastic Barbie dolls.

​Stores offering a decent selection of dolls clothed in Iranian national attire are few and far between with only a couple of such outlets in downtown Tehran having survived the onslaught.

One of these stores, owned by Javad Karimi, has on offer the Khatu – the domestic version of a Chinese copy of a Barbie doll. The problem is that Iranian Barbies cost a bit more.

​When asked why they are using Chinese Barbies to make their own dolls, Javad said that the easier it is to make a doll’s dress the cheaper the final price tag becomes.

“The more time you spend making a doll the higher the price and the harder it is to sell it. As a result, the sales are going down,” Karimi complained.

In 2002 Iran introduced its own dolls – twins Dara and Sara, designed to promote traditional values with modest clothing and pro-family values – but those proved unable to stem the Barbie tide.

Time to Get Real: Anti-Barbie Real-Life Doll Goes on Sale