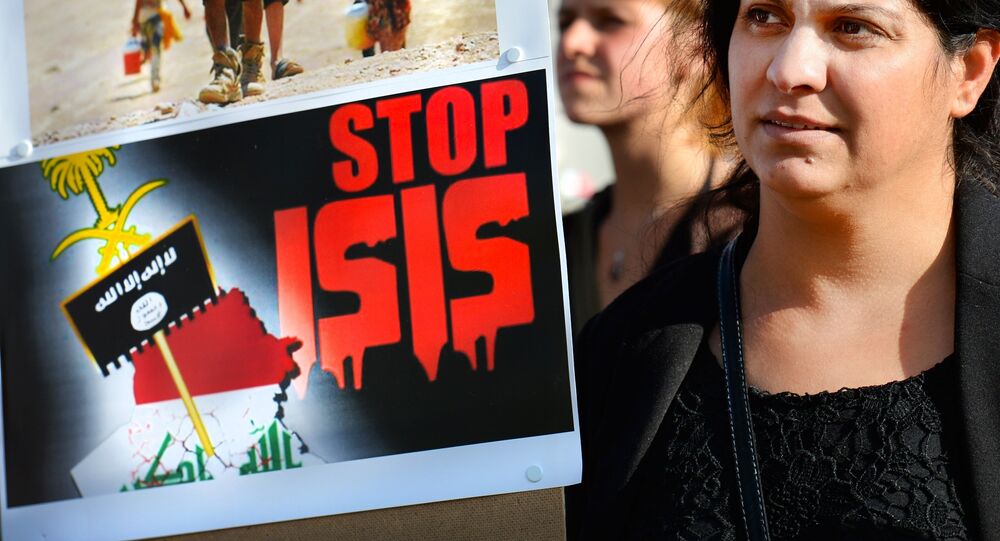 © AFP 2020 / AHMAD AL-RUBAYE
Over 100 Yazidis Flee Iraq Daily Fleeing From Islamic State
Mihemma Halil, the mayor of the Iraqi town of Sinjar, said, citing freed Yazidi women, that the terrorists were selling their female prisoners to buyers in Pakistan, Afghanistan and Libya, adding that some of the buyers were Chechens.

“So far we have not been able to find out exactly how these women are taken out of Iraq and Syria, but we believe they are smuggled across the border,” he said.

Mihemma Halil also said that many Kurdish women had been set free for ransom.

“The abductors often let their victims keep their cellphones so that they can call their families and ask for the money,” Halil said.

If the relatives manage to put together the required sum, which often runs into tens of thousands of dollars, then middlemen come into play to arrange the exchange.

According to Kurdish authorities 6,255 Yazidis have so far been abducted by terrorists. A total of 3,878, including nearly 1,800 women and children, remain captive.

Daesh is a Sunni militant group, which seized large territories in Syria and Iraq, in 2012 and 2014, respectively. The group is known for its excessive brutality as well as for recruiting young people from all over the world, primarily via social media.

Daesh terrorists have committed genocide against Iraq's Yazidis, while carrying out war crimes and ethnic cleansing against other minorities.