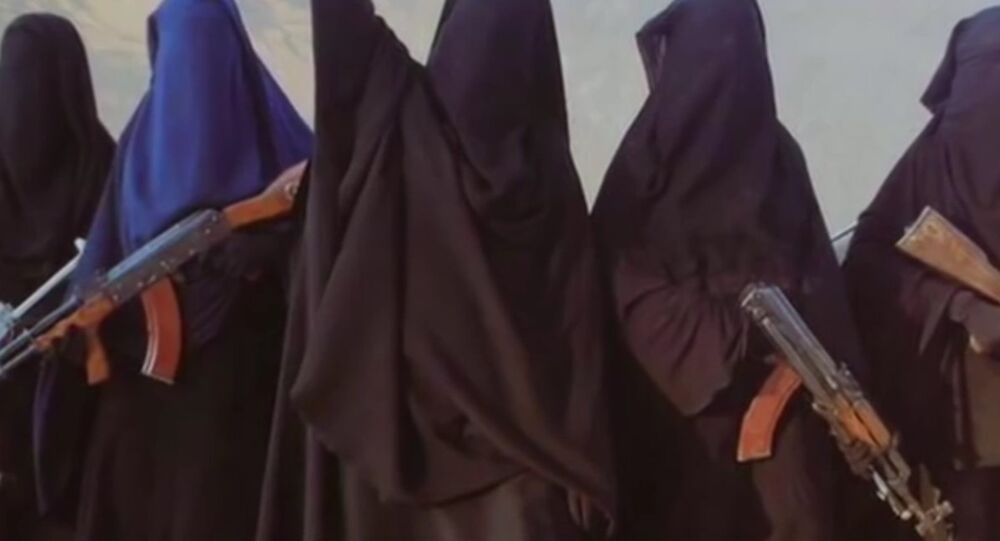 Daesh terrorists announced their interest in forming female battalions. Expert Ali Hajizade told Sputnik that the militants are facing some problems with their male fighters.

© AFP 2021
Female Jihadists Deployed by Daesh in Chaos-Ridden Libya
The commander, according to the TV channel, will be terrorist Nada al-Qahtani, who joined the group in 2013. She has repeatedly called on women to join the ranks of Daesh and expressed her intent to become a suicide bomber.

According to the British MI6 intelligence, in 2015 alone at least 60 women from the UK joined the ranks of Daesh. There are also women from France, Germany, and Belgium as well as from former Soviet republics fighting in the ranks.

According to the head of information-analytical resource The Great Middle East, Ali Hajizadeh, the militants of Daesh had used women previously for their own purposes, but for the first time have decided to create a separate women's battalion.

“Daesh had actively used the services of women as recruiters, couriers and live bombs before also. Their ideology of a woman is that she is not a person and now suddenly they are creating a women's battalion, perhaps they are having problems with male fighters,” Ali Hajizadeh said.

He believes that Daesh is going through tough times, the terrorist group is in need of fresh blood. Prior to focusing on women, they were after children and had attracted local residents. There were even cases of executions of children who did not obey, the expert said.