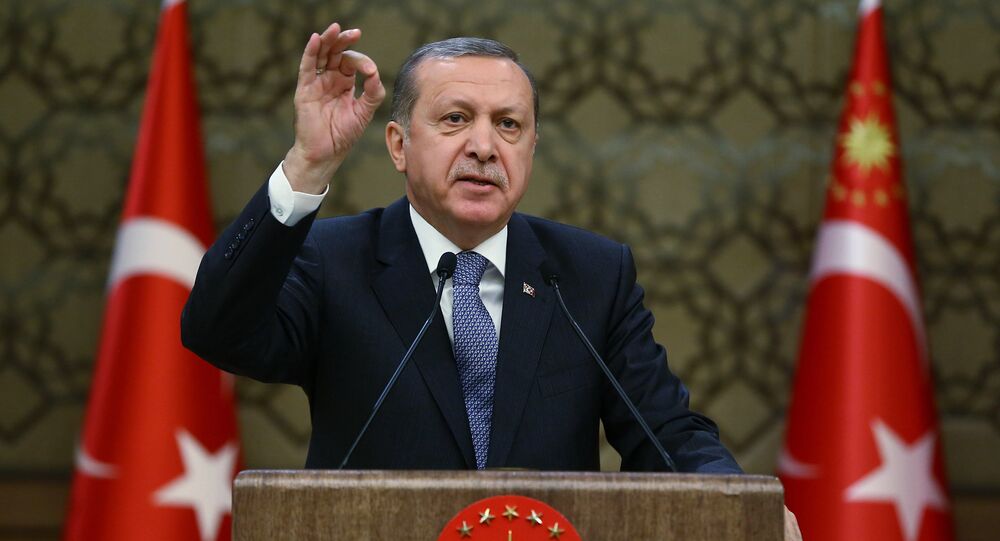 © AFP 2021 / ILYAS AKENGIN
Turkey's 'Hidden War' Against Kurds May Be Deadlier Than Syria
ANKARA (Sputnik) — Earlier this week, HDP's Co-chairman Selahattin Demirtas called on his supporters to organize the march against the anti-terrorist operation, conducted by Ankara in the Kurdish city of Diyarbakir. He also urged to walk to the Sur district, where a curfew has been in effect for over two months, and where the fighting between the Kurdistan Workers’ Party (PKK) militants and the government forces continues.

"I do not believe that my Kurdish brothers will respond to this appeal, which looks like the appeal to terrorism. I think that the prosecutors will do their job. Nobody has the right to intrude the peace of our country," Erdogan told reporters during his visit to Nigeria.

Turkish Interior Minister Efkan Ala has called the Demirtas's appeal "an open provocation," while the administration of Diyarbakir banned this march.

© Photo : Youtube/dIANa hAMDEn
Situation in Turkey's Kurdistan Should Be Reviewed by UNSC - Kurdistan National Congress
According to the Turkish General Staff, over 1,000 Kurdish militants have been killed since mid-December. Kurdish activists, in their turn, argue that most of the dead were civilian victims.

The Kurds are Turkey's largest ethnic minority and comprise some 25 percent of the country's population. The PKK has been fighting for independence of Kurdish territories from Ankara since 1984. The group, which is considered by Ankara to be a terrorist organization, seeks to create a Kurdish state in parts of Turkey and Iraq.