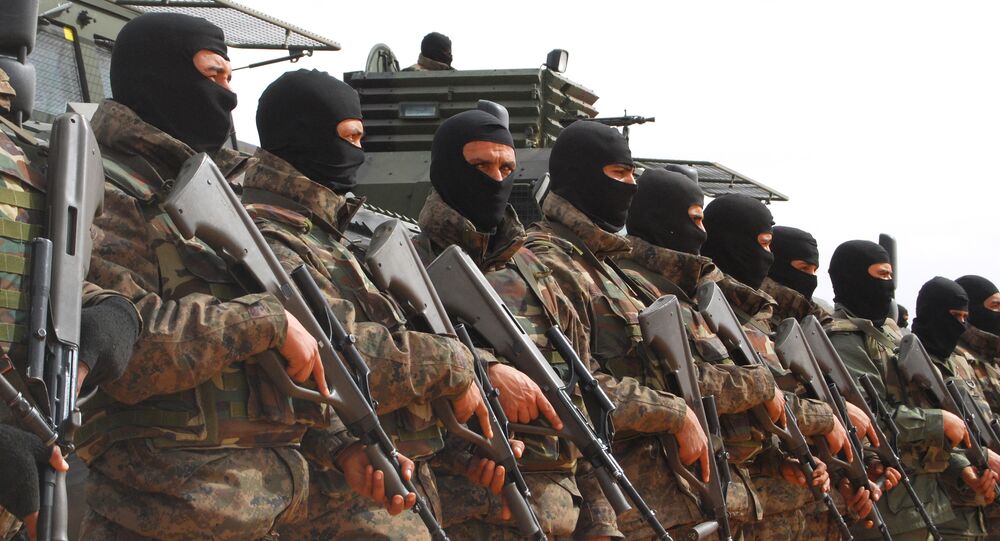 MOSCOW(Sputnik) – "The National Guard’s special unit killed four terrorists of Ein Jaffal region in Sidi Bouzid province the previous night in a successfully carried out ambush," the ministry wrote on its Facebook page.

Tunisia is on security alert after a series of attacks last year. President Beji Caid Essebsi said last year that Tunisia was at war with terrorism.

© AP Photo / Mohamed Salama
Tunisia Envoy Predicts: Strikes on Daesh in Libya to Cause Refugee Exodus
On February 21, Essebsi extended a nationwide state of emergency into the next month.

The declaration follows a November 2015 bomb attack on a convoy of elite presidential guards in Tunis that killed 13 and injured 20 people.

On March 18, a group of gunmen dressed in military uniforms opened fire on tourists at the National Bardo Museum near the parliament building in Tunis, killing 22 and injuring more than 47, mostly tourists. The Islamic State jihadist group claimed responsibility for the attack.

The Daesh radicals carried out another attack in the country in August, killing 38 holidaymakers on a beach in the town of Sousse.