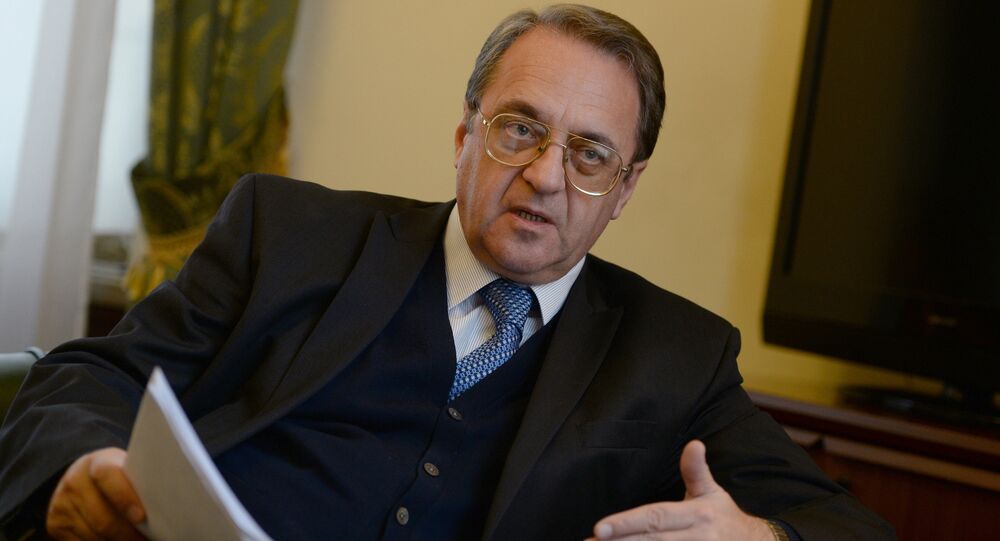 "A substantive discussion took place on the situation in Syria and around it in light of a Russian-US agreement on the February 27 cessation of hostilities in Syria, endorsed unanimously by the UN Security Council Resolution 2268," the Russian Foreign Ministry said in a statement published on its website.

© REUTERS / Bassam Khabieh
Syrian Opposition Delegation Says 'Too Early' to Assess Ceasefire Compliance
Shaaban reaffirmed the Syrian government’s commitment to the ceasefire and readiness to ensure humanitarian access to all crisis-torn areas in the Arab republic, it added.

Bogdanov and Shaaban noted that the practical implementation of the fledgling ceasefire would serve to facilitate political settlement efforts upheld by UNSC Resolution 2254 and joint statements made by the International Syria Support Group.

© AFP 2021 / GEORGES OURFALIAN
Stand and Fight: Amid Ceasefire, Syrian Army Refocuses on Taking Down Daesh
Russia and the United States reached an agreement on the ceasefire in Syria on February 22. The ceasefire took effect at midnight on Saturday, Damascus time (22:00 GMT on Friday). The UN Security Council unanimously adopted a resolution endorsing the Russia-US agreement on the cessation of hostilities in Syria on Friday, shortly before the ceasefire came into force.

The cessation of hostilities does not apply to designated terrorist groups operating in Syria, including Islamic State (IS, also known as Daesh) and Jabhat al-Nusra (Nusra Front), affiliated with al-Qaeda.