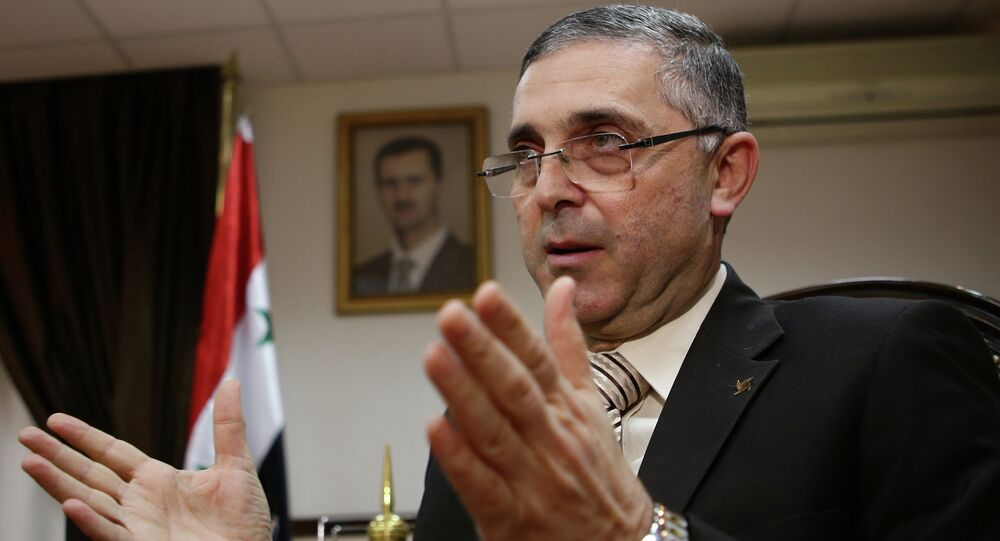 Syrian State Minister for National Reconciliation Affairs Ali Haidar said that a number of countries could use the ceasefire in Syria in order to change the balance of power in the conflict-torn country, which in turn would bring Syria to the starting point of the conflict.

BEIRUT (Sputnik) – A number of countries could use the ceasefire in Syria in order to change the balance of power in the conflict-torn country, which in turn would bring Syria to the starting point of the conflict, Syrian State Minister for National Reconciliation Affairs Ali Haidar told Sputnik.

"If the cessation of hostilities is a temporary situation for the change of balance by external actors, those who will want to do that will soon act and we will return to point zero," Haidar said.

The minister added that the Syrian government supports all international efforts that are in the interest of the Syrian people and "has no problem" with the current ceasefire endorsed by the UN Security Council.

© REUTERS / Yuri Gripas
New US ‘Safe Zone’ Plan for Refugees Seen as Ploy to Break-Up Syria
Russia and the United States reached an agreement on the ceasefire in Syria on February 22. The ceasefire took effect at midnight on Saturday, Damascus time (22:00 GMT on Friday). It does not apply to terrorist groups operating in the country, such as Islamic State (ISIL) and Nusra Front.

Syria has been mired in civil war since 2011, with government forces loyal to Syrian President Bashar Assad fighting against numerous opposition factions, including the Western-backed "moderate opposition," and extremist groups, such as ISIL (also known as Daesh), which is banned in a range of countries, including Russia and the United States.

The United States and Russia have remained at odds over the future of the current Syrian government and President Assad. Washington insists that Assad leave office while Moscow is committed to strengthening Assad’s role in fighting ISIL, as well as other terrorist groups such as Jabhat al-Nusra (Nusra Front).

Russia has been launching airstrikes against ISIL targets in Syria at the request of Assad since late September 2015. A US-led international coalition has been conducting a separate military campaign against ISIL in Syria, albeit without the approval of Damascus or the UN Security Council, since September 2014.

Damascus Reserves Right to Respond to Any Ceasefire Violations in Syria