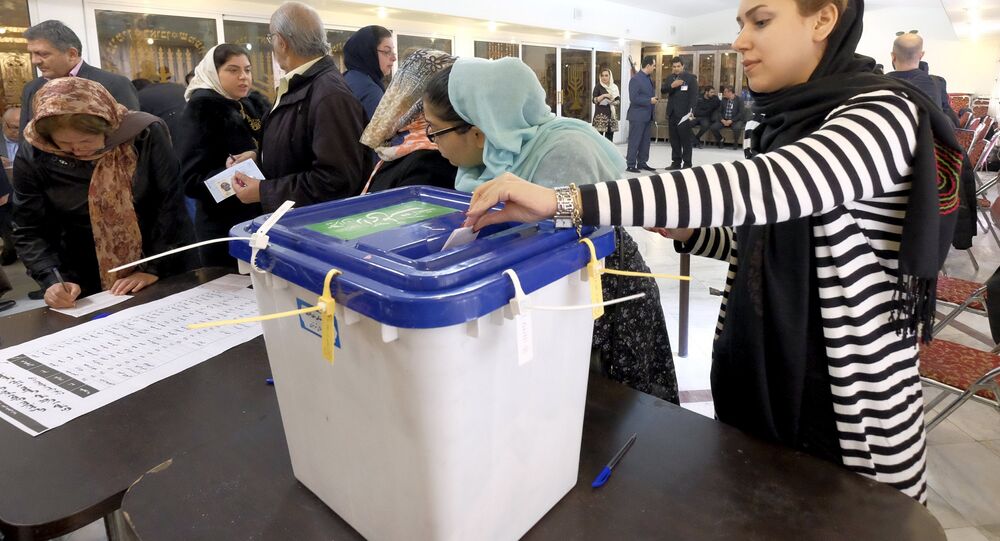 What's Behind the West’s 'Concerted Propaganda Campaign' in Iran Election?

As Iran headed to the polls on Friday, the election is receiving unexpectedly close attention from the Western mainstream media. Speaking to Radio Sputnik’s Loud & Clear, independent commentator Wahid Azal considers the possibility that another American attempt to overthrow the government could be underway.

"I think there is substance to the accusations that are coming from the government and the leadership of the government that there is an attempt to influence the outcome of the elections," Wahid Azal tells Loud & Clear host Brian Becker. "There has been a concerted propaganda campaign, if you will, through the Western media to basically push forward certain candidates as opposed to other candidates."

Many of these media reports paint the election in broad, simplistic terms, and tend to overstate the event’s significance. While the recently agreed upon Iran nuclear deal could be seen as a sign of better relations between Washington and Tehran, Azal isn’t so sure.

"I don’t believe – and don’t think anybody in the government of Iran believes – that the West, and specifically the United States and Great Britain and their allies, have actually shelved their plans for regime change in Iran," Azal says.

"Just like in 2009, where they used that opportunity to try and force a regime change, it is not inconceivable that they are trying to do the same thing again."

As Iranians go to the polls, some are concerned that continued support for the administration of President Hassan Rouhani could open Iran to the influence of Western corporations.

Azal also describes Iran’s democratic process, often misunderstood by those in the West.

"People usually characterize Iran as a kind of a totalitarian state," he says. "Iran is not that at all. There are multiple power centers. It is not a secular democracy, it is not a Jeffersonian democracy, but it is a very interesting experiment in a religious democracy that has worked very well for the last 37 years."

With the Syrian ceasefire set to begin on Saturday, Azal offers his take on the likelihood of its success.

"I don’t believe it’s going to hold, but we shall see."