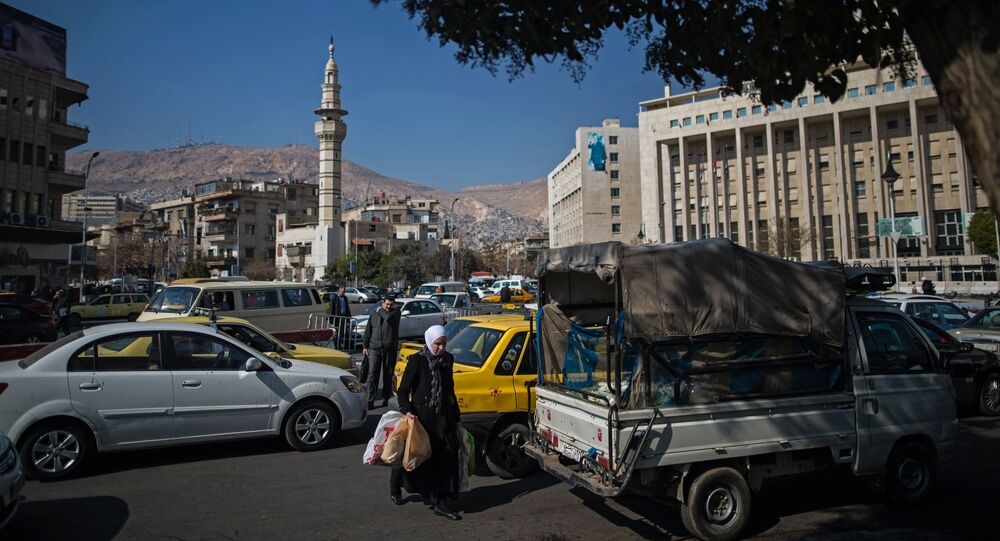 With the Syrian ceasefire due to enter force on February 27, Sputnik's Arabic edition asked Syrians to give their thoughts on the matter.

© AFP 2020 / ABDULMONAM EASSA
Syria Peace Deal: ‘Ceasefire Does Not Come With One Turn of a Switch’
Sputnik's Arabic edition asked Syrians to give their thoughts on a much-awaited ceasefire in their country, which is set to take effect on February 27. This is what they said.

Opposition activist Sinan Diyab welcomed the ceasefire decision, which he said greatly reduces the risk of civilians coming under fire during the fighting. Also, he said, the ceasefire will contribute to the peace process in Syria.

Damascus-based lawyer Akram Azuz, however, is skeptical: he believes that the upcoming ceasefire will not be implemented because the truce can only be achieved between countries or armies.

© AFP 2020 / MUJAHED ABUL JOUD
Syrians stand outside a damaged charity clinic for women and children following reported air strikes in the city of Azaz, on Syria's northern border with Turkey, on February 15, 2016.

He recalled that he lives in a "sovereign state", and described the current events in Syria as "international organized terrorism" rather than war.

"We have every right to protect our sovereignty, but a truce just paves the way for terrorist groups to wage war in Syria," he pointed out.

Another lawyer, Ali Al-Ahmad, touted the truce as an important step towards resolving the crisis in his country. At the same time, there are some hidden problems: the current ceasefire deal is unable to guarantee of a full-pledged peace between the warring parties so as to start reconstructing the country, according to him.

"Although it [provides] a chance to resolve the crisis in the country through the UN Security Council, the situation on the battlefield may undermine a peaceful settlement at any minute," Al-Ahmad said.

For his part, Damascus-based political analyst Butheyna Musa said that he sees the ceasefire as something that will help stop the violence and add to the beginning of a peaceful dialogue between the sides.

"It will not work, because the terrorists are not subject to any agreement and they are managed by external political forces. Our government has made a decision to cease fire, but the problem is that terrorists are unwilling to follow suit," he said.

The ceasefire between the Syrian government and the armed opposition groups is scheduled to take effect at midnight local time on February 27, or 22:00 GMT February 26. It does not apply to Daesh and the al-Qaeda-affiliated Al-Nusra Front.

Earlier, the UN Security Council said that a Russia-US draft resolution in support of the Syrian ceasefire had been circulated at the UNSC.