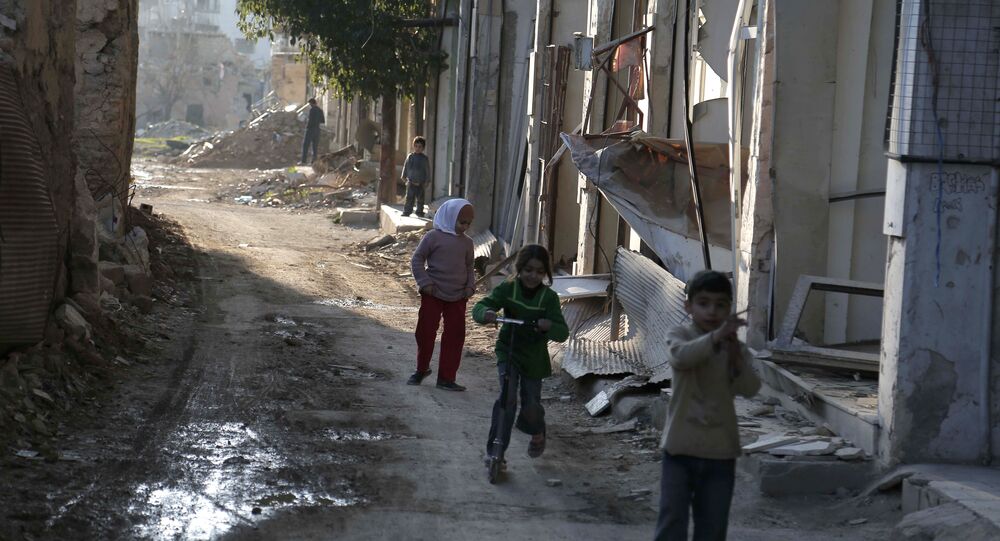 Syria Peace Deal: ‘Ceasefire Does Not Come With One Turn of a Switch’

The Syrian ceasefire deal cannot simply come into force with a flick of a switch, it has to be implemented step by step and will require a lot of good will to make it happen, and the major role in the peace process will belong to the coordination committee that will meet at the Russian air base in Latakia, according to a former German diplomat.

“Such a ceasefire doesn’t come into force just with one turn of a switch,” Ernst-Joerg Von Studnitz German Ambassador to Russia from 1995 to 2002, told in an interview with RT news channel.

© Sputnik / Dmitriy Vinogradov
Out to Win: Why Syria Ceasefire Deal is a Huge Victory for Russia
“It has to be implemented step by step and a lot of good will has to be involved to finally bring it into force,” he further elaborated.

But the sides seem to be on the right path and the good will of many others, such as the internationally recognized terrorist groups, which were not included into the agreement, will eventually lead to a deal, the former diplomat added.

There are always reasons for misunderstandings, he suggested: there might be overreactions by local commanders or possible misgivings or bad will by some forces involved. The chances that something will go wrong are definitely there.

It is important that there is this coordination committee that will meet at the Russian air base in Latakia, and which will, so to say, iron out any misunderstandings or any misdemeanors that occur while the ceasefire is being implemented, the politician said.

Ernst-Joerg Von Studnitz also suggested that Turkey has a very separate interest in this whole affair.

© AFP 2020 / ARIS MESSINIS
Sabotage? Turkish PM Says Ceasefire in Syria Not Obligatory for Ankara If Security Threat Arises
It is to do with the Kurds across their border. They feel threatened that the Kurdish developments in Syria might also affect the situation in Turkey.

Turkey is worried, he suggested, Turkey is concerned, but on the other hand, the major issue is to bring about an end to the fighting in Syria.

And he believes that eventually “American influence will be strong enough in order to keep the Turks in line.”

Syria Ceasefire: Who is Interested in Upsetting the Deal?