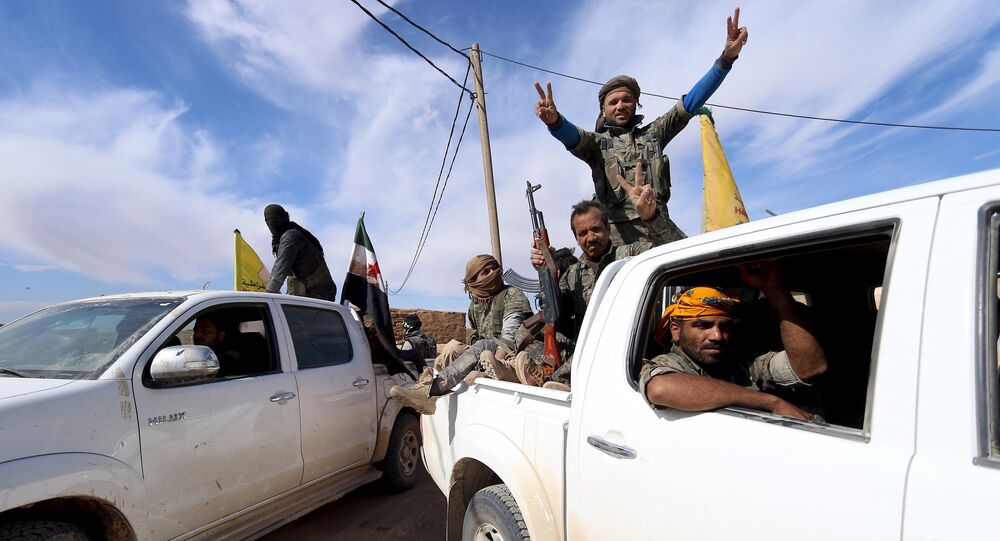 © AP Photo / Hadi Mizban
'Not a Secret, Everyone Knows That': Iraq Warns Turkey Against 'Playing' With Daesh
WASHINGTON (Sputnik) – US-backed forces took control of a strategic town in western Syria this week, a key target in a battle strategy to sever links between territory held by Daesh terrorist group in Syria and Iraq, Department of Defense Secretary Ash Carter told Congress on Thursday.

"Capable and motivated local forces supported by the US and our global coalition have reclaimed territory surrounding the eastern Syrian town of Shaddadi," Carter told the US House of Representatives Appropriations Subcommittee on Defense. "It is a critical ISIL [Daesh] base for command and control, logistics, training and oil revenues."

By encircling and taking Shaddadi, Carter added, the United States "is seeking to sever the last major northern artery between Raqqa and Mosul and ultimately dissect the parent tumor into two parts, one in Iraq and the other in Syria."

Apart from its logistical importance, Ash-Shaddadi sits in a major oil producing area.

At midnight Saturday, a temporary truce between the Syrian government and opposition negotiated by the United States and Russia, is slated to begin. However the truce does not apply to battles against Daesh, also known as the Islamic State, a terrorist group outlawed in Russia, the United States and several other countries.