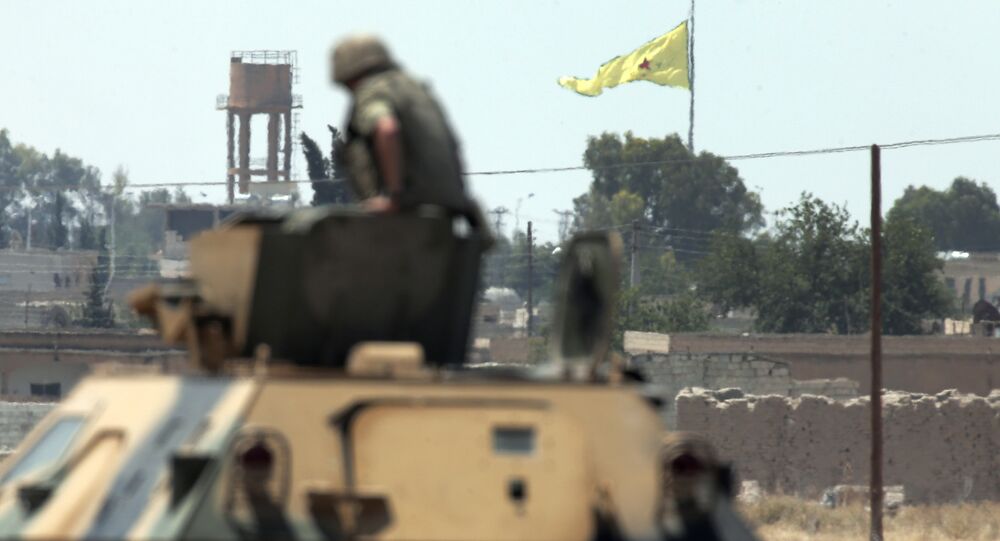 Azaz has lately been at the center of the Syrian conflict. Kurdish forces need the city to seal the last stretch of the porous Syrian-Turkish border, while the Turks, according to adviser to the Syrian government Abdul Kadir Azuz, want Azaz to be able to provide assistance to radical groups fighting against al-Assad.

The Kurdish People's Protection Units (YPG) are reported to be staying on the outskirts of rebel-held Azaz. Turkish forces have shelled the YPG positions in the northern Aleppo province, particularly in this area, to prevent the Syrian Kurds from liberating the strategically important city.

"Azaz is a key city on the way from Turkey to Syria, which allows Erdogan to meddle in Syria's internal affairs," Abdul Kadir Azuz told RT. "He wants to gain a foothold in Syria by controlling Azaz. If Erdogan loses Azaz, he would neither be able to influence the situation in Syria nor provide assistance to terrorists."

This is the only reason why Azaz is so important to Turkey, he added. The city, according to Azuz, has no historic or economic significance.

© AFP 2021 / MUJAHED ABUL JOUD
Syrians stand outside a damaged charity clinic for women and children following reported air strikes in the city of Azaz, on Syria's northern border with Turkey, on February 15, 2016.

Last week, Rodi Osman, the head of the Syrian Kurds' representative office in Moscow, told RIA Novosti that as many as 2,000 Islamist fighters crossed into Syria from Turkey through Azaz.

© AP Photo / Susan Walsh
More Bad Blood? Turkey's Ultimatum to Washington is 'Major Miscalculation'
Turkey has been shelling Kurdish-held areas since February 13 in a controversial move that has been condemned by Russia and the United States. Both countries view the Kurds as one of their primary partners in tackling Daesh.

Many countries have called on Turkey to seal the border with Syria to prevent Daesh and other terrorist groups from smuggling fighters, weapons and supplies in and out of the war-torn Arab country. Unlimited access to resources delivered to the battlefield through Turkey has largely been seen as key to the terrorist group's resilience and longevity.

Ankara has so far failed to deliver on its promise, while the Syrian Kurds are close to taking the border regions under control.