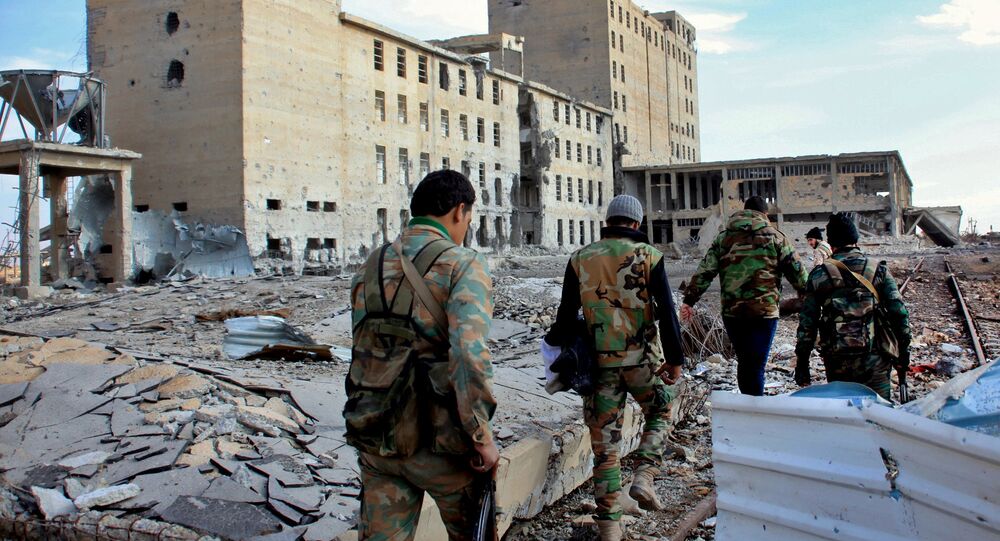 The Russian-US plan on the cessation of hostilities in Syria is a great proposal to which all states should contribute, Yasar Yakis, former Turkish foreign minister, told Sputnik on Thursday.

MOSCOW (Sputnik) — On Monday, Moscow and Washington announced that a deal to cease hostilities between the Syrian government and armed opposition factions had been reached. The agreement is due to come into force on February 27.

"I hope that every single player will abide by the decisions made between the United States and Russia, it is a very good initiative and everyone has to make their contribution," Yasir said on the sidelines of the Valdai International Discussion Club’s conference on the Middle East, underway in Moscow.

© Sputnik / Iliya Pitalev
Turkey Realizes Danger of Poor Border Control With Syria - Former FM
The former Turkish foreign minister also expressed hope that Turkey’s national security would not be jeopardized, so that Ankara would have no reason to ignore the progress toward political settlement made by world powers and the United Nations Security Council.

Earlier in the day, Turkish Prime Minister Ahmet Davutoglu said the ceasefire in Syria would not be obligatory for Turkey if the country feels that its security is threatened.

Russia, US May Bomb Groups Not Observing Ceasefire in Syria - Moscow