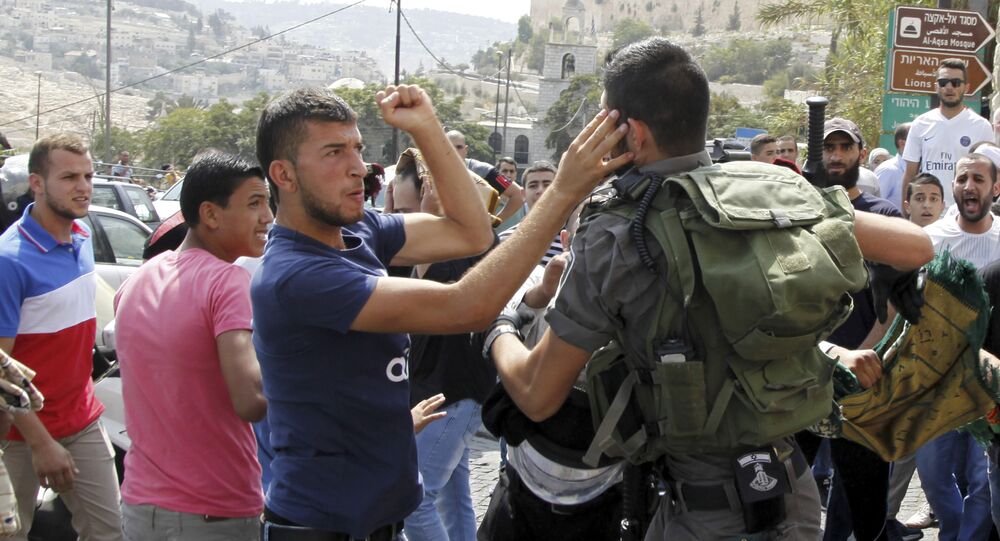 The Moscow-Washington plan on cessation of hostilities in Syria may help resolve the conflict between Israel and Palestine, the secretary general of the Palestinian National Initiative said.

"There is a very positive element here – the American-Russian proposal for a ceasefire in Syria. If the Syrian issue settles down and if a peaceful approach is taken, this will help the Palestinian issue. Because it will stop this distraction from what is happening in Palestine and the Israeli-Palestinian issue," Mustafa Barghouti said.

On Monday, Russia and the United States announced that a deal to cease hostilities between the Syrian government of President Bashar Assad and armed opposition factions had been reached. The agreement is set to come into force on February 27.

In late January, then French Foreign Minister Laurent Fabius outlined plans to arrange an international conference in the coming months to help resume the stalled Israeli-Palestinian talks. He stressed that France would be prepared to recognize Palestinian statehood if the talks yielded no results.

"We are supportive of that proposal, but at the same time we are not very hopeful, because it is clear that Israel will reject it, that the United States could support Israel in rejecting it," Barghouti said on the sidelines of Valdai International Discussion Club's Middle East forum in Moscow.

"The world, including the United States, is not ready to start putting significant pressure on Israel," Mustafa Barghouti said.

He added that, in the absence of external pressure, Israel had adopted a strategy of manipulating the conflict, instead of settling it.

The decades-old conflict between Arabs and Israelis has already resulted in several wars and continuous clashes that have claimed the lives of dozens of thousands of people.

Palestine seeks the recognition of its independent state on the territories in the West Bank, including East Jerusalem, and the Gaza Strip — lands occupied by Israel since the 1967 Six-Day War. The Israeli government has so far refused to recognize the State of Palestine as an independent diplomatic entity.

Netanyahu: Recognition of Palestine's Statehood by France Would Be Reckless