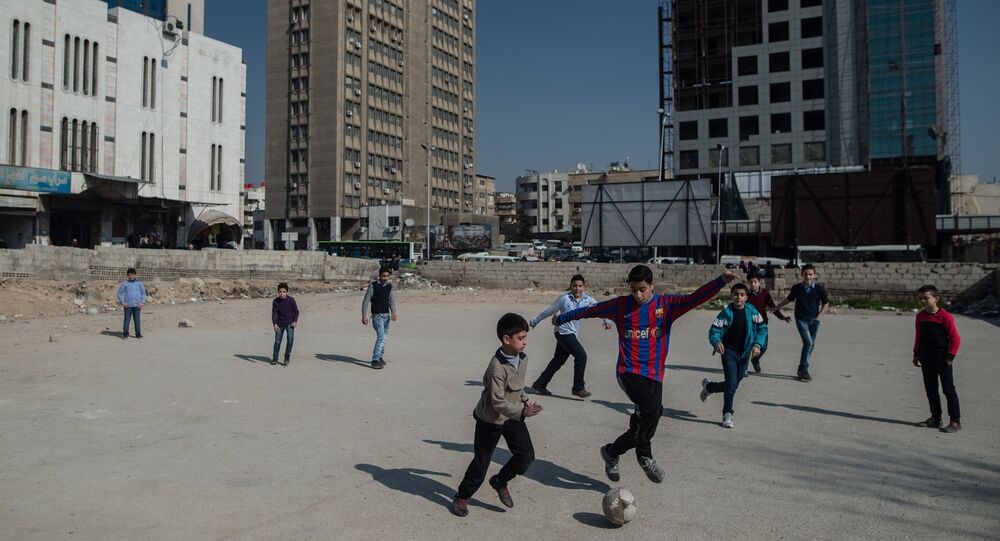 The breakthrough deal on cessation of hostilities in Syria inked by Russia and the United States is seen as a very positive development. The effort aimed at reconciliation of Damascus with the Syrian opposition is a chance for Syrians to start life over again.

© REUTERS / Kayhan Ozer/Pool
Why US-Russian Deal on Syria Ceasefire is a 'Victory for Both Sides'
Currently, several areas of Syria, recently affected by the conflict are almost completely safe for living again as hundreds of militants have voluntarily surrendered their arms and switched to the side of the Syrian military.

Residents of the village Dzhavalik in the northern part of the province of Homs spoke to Russian journalists about how they had to flee their home due to war but are now returning to start life all over again.

“Once people learnt that there are no more militants here, many moved back immediately. It is great happiness to return home even if it is badly damaged.”

“We, with my husband, put a tent in front of our home and till the house is being renovated, we are living in the tent,” a resident of the village, Ibtisam Shukri told the journalists.

Many Syrian families have returned to their homes, faced with the need to restore everything from scratch. However, they can only rely on their own strength as the state is not yet able to take an active part in solving their financial problems and the severity of the burden falls on the shoulders of the local community and the clergy.

© Sputnik / Michael Alaeddin
Hillary Clinton Emphasizes Russia, Iran’s Role in Syrian Settlement
Currently, at the initiative of the Russian side, efforts are being made aimed at reconciliation of Damascus with the Syrian opposition. It is a negotiation process, which aims to unite disparate opposition forces to defeat a common enemy in the face of radical Islamists.

The reconciliation process was launched about two weeks ago and has already produced its first tangible results: thanks to the mediating role of Moscow, rebel leaders one after another are signing agreements to halt hostilities and participate in the political discourse of the country.

Despite the hardships that people have to face upon returning to their destroyed towns, they seem unable to be stopped in their desire to start life anew.

“We have a lot of work, but we have no regrets. What will we do when the war is over? We will get used to peace. The main thing is that we have survived. Thank you to Russia for the fact that Syria is still standing on its feet,” noted a local resident of Dzhavalik.

A Fortress to be Reckoned With: How Russia's Airbase in Syria is Protected