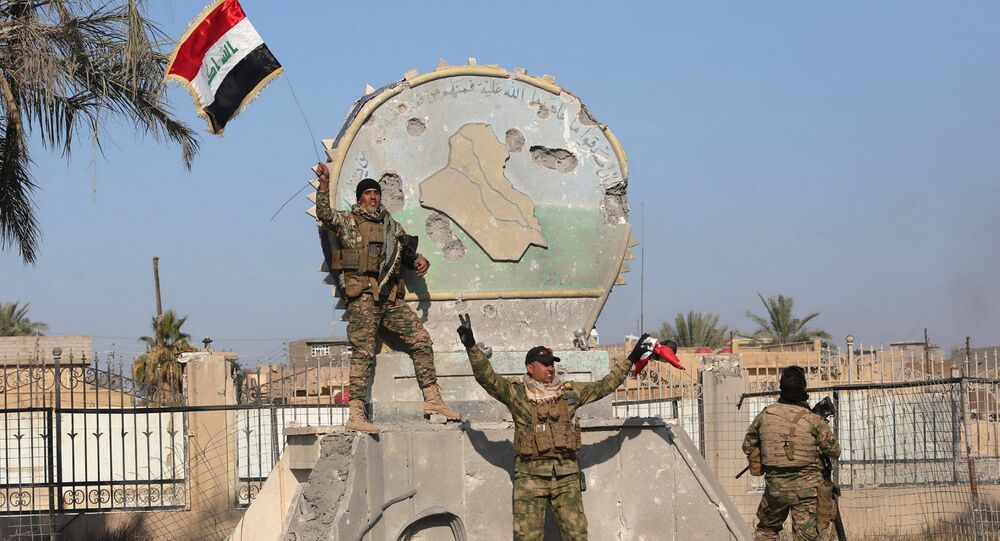 The Iraqi army has killed 46 Daesh terrorists near the city of Ramadi in the Anbar province, local media said Monday.

"The Islamic State [Daesh] group attacked the base of the 10th division on a motorway in the Hamidiya area east of Ramadi. The division's forces, with support from the international coalition's aviation, repelled the attack and killed 46 Islamic State militants," Ismail Mahlawi, the Iraqi army's head of military operations in Anbar, told the Alsumaria television broadcaster.

The area of Monday's attack has also recently been liberated, according to the broadcaster.

In December 2015, Iraq's army announced that it had regained full control of Ramadi, which had been occupied by Daesh militants since May.