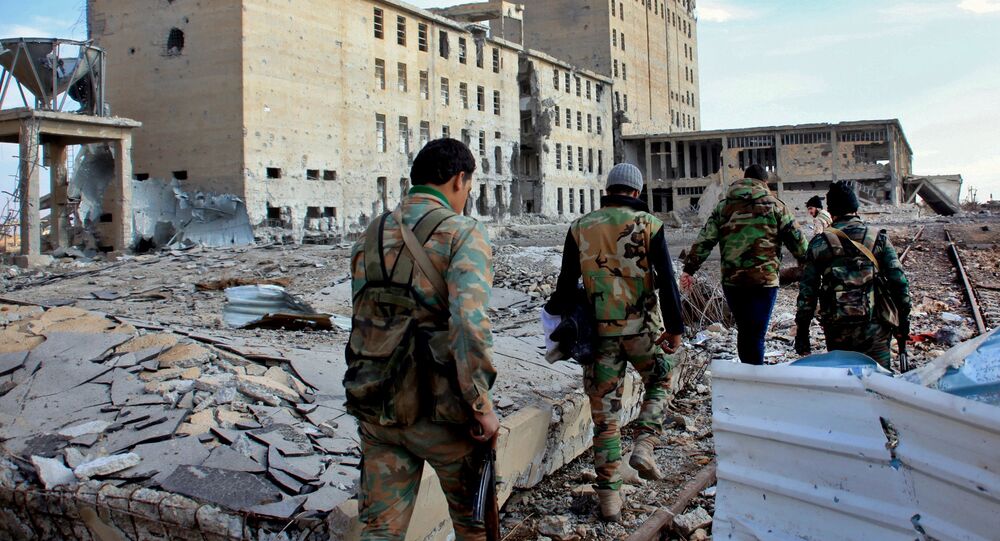 The Syrian government forces regained control over the only supply route connecting the northern Syrian city of Aleppo with other provinces, a military source said Monday.

Earlier in the day, a Syrian military source said that the militants from Daesh attacked the Syrian army checkpoints near the city of Khanaser and cut the supply route.

“The army regained control over the route Asriyah-Khanaser, however, the traffic is still blocked,” the source said.

© Photo : No Name
Syrian Father Recorded Video of Son Committing Suicide Bombing in Aleppo
He added that fighting to the north of Khanaser was still ongoing.

Earlier, it was reported that the militants took control of the only route which carried supplies to the Syrian army in the Aleppo province, Al Masdar reported.

It was noted that as a result the government army retreated from the village of Rasmi en Nafalem.

The Syrian Air Force conducted air strikes on the control centers of Daesh in Aleppo province, killing 70 terrorists. The Syrian army has said to have liberated over 800 square kilometers from Daesh’s control.