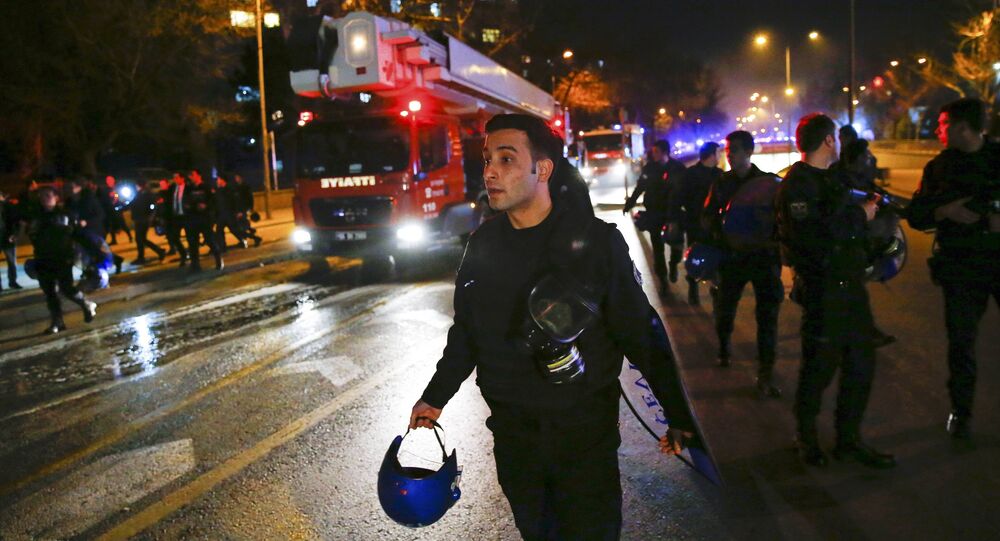 Twenty-one suspects believed to be behind a recent terrorist attack in Ankara were referred to court, local media reported.

MOSCOW (Sputnik) — On Wednesday, a car bomb exploded outside a military housing complex near the parliament building in central Ankara, killing 28 and injuring 61. Following the attack, Ankara embarked on security operations in a number of provinces throughout the country.

According to the Today's Zaman newspaper, the suspects were detained all across Turkey as part of the investigation into the attack, and subsequently referred to the Ankara Courthouse on Sunday, following a health check.

Prosecutors from the Bureau of Crimes against the Constitutional Order are set to question the suspects as part of the investigation.