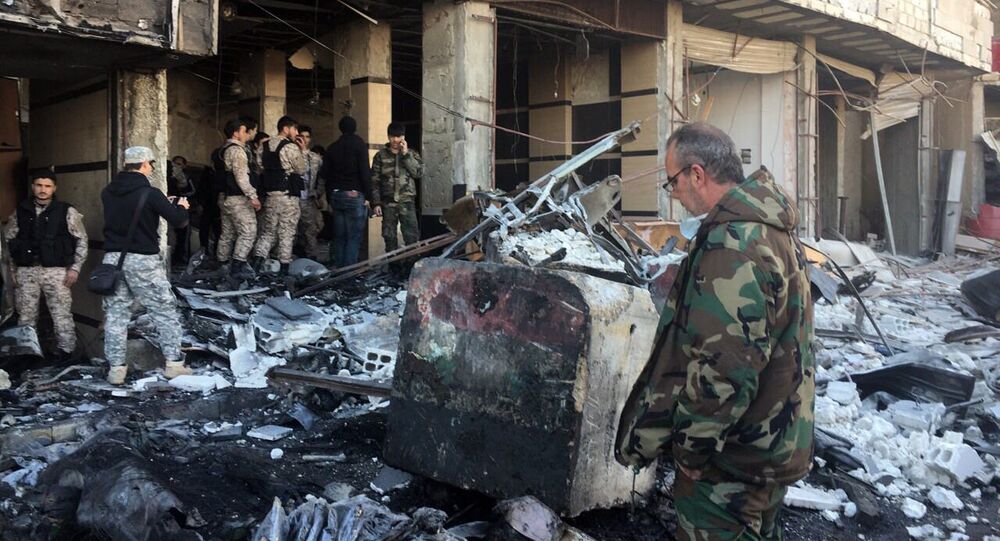 According to a source, the blasts hit al-Tin street in Sayeda Zeinab.

"Two to four explosions rocked southern quarter of Sayyid Zeinab. There are victims among the civilian population," the police source told RIA Novosti.

Aftermath pic of one of the explosions pic.twitter.com/UJa2bGGuG4

The source added that the number of casualties was being specified, while emergency paramedics were working at the scene cordoned off by police.

The number of people killed in a series of suicide attacks and a car bomb blast in the Shiite neighborhood of the Syrian capital of Damascus rose to 70, according to a source.

"The number of victims neared 80, hundreds of the wounded were hospitalized," the source said.

An unnamed Damascus police source told the agency earlier Sayyidah Zaynab was rocked by three suicide attacks and one car bomb explosion. The previous death toll stood at 30 people, civilians among them.