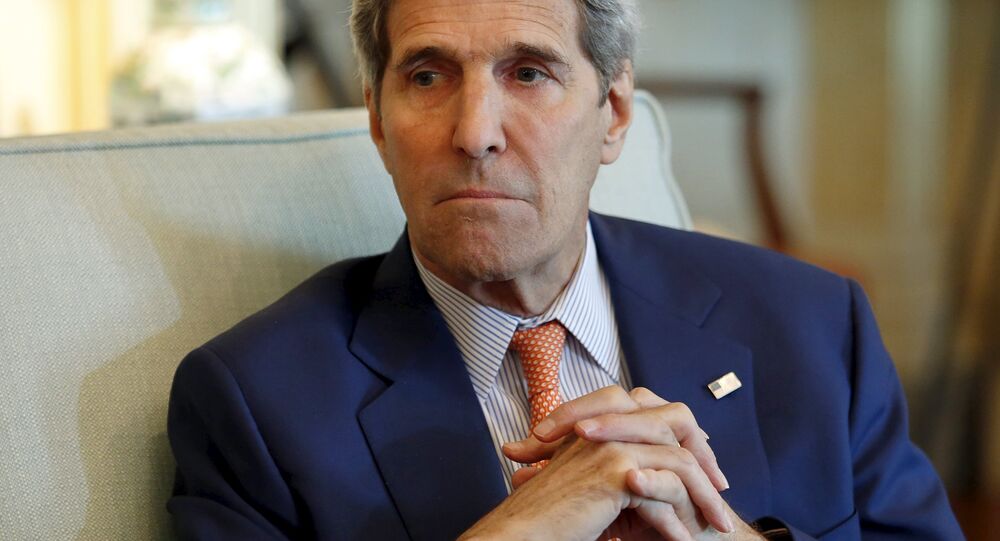 US State Secretary to Meet Palestine's Abbas in Jordan

© AFP 2021 / Jason DeCrow / POOL
US, Jordan Sign Joint Action Plan to Counter Nuclear Smuggling
MOSCOW (Sputnik) – According to The Jerusalem Post, Kerry arrived in Jordan on Saturday. He will also meet Jordanian King Abdullah and other high-ranking officials to discuss security issues in the region, fight against terrorism and the Israeli-Palestinian tensions.

Kerry and Abbas last met in November in the West Bank city of Ramallah.

Palestinians seek the recognition of their independent state, proclaimed in 1988, on the territories of West Bank, including East Jerusalem, and the Gaza Strip. The Israeli government refuses to recognize Palestine as an independent political and diplomatic entity.

The State of Palestine is recognized by 136 of the 193 UN member states.

The decades-long Israeli-Palestinian tensions escalated last September with skirmishes between Palestinian youth and Israeli security forces at East Jerusalem’s Temple Mount holy site, spurred by rumors of Israel's plans to restore a Jewish presence there. Israel has repeatedly denied moves to change the status-quo at the al-Aqsa mosque, where non-Muslim worship is prohibited.

Jordan's King to Visit Washington to Discuss Fight Against Daesh