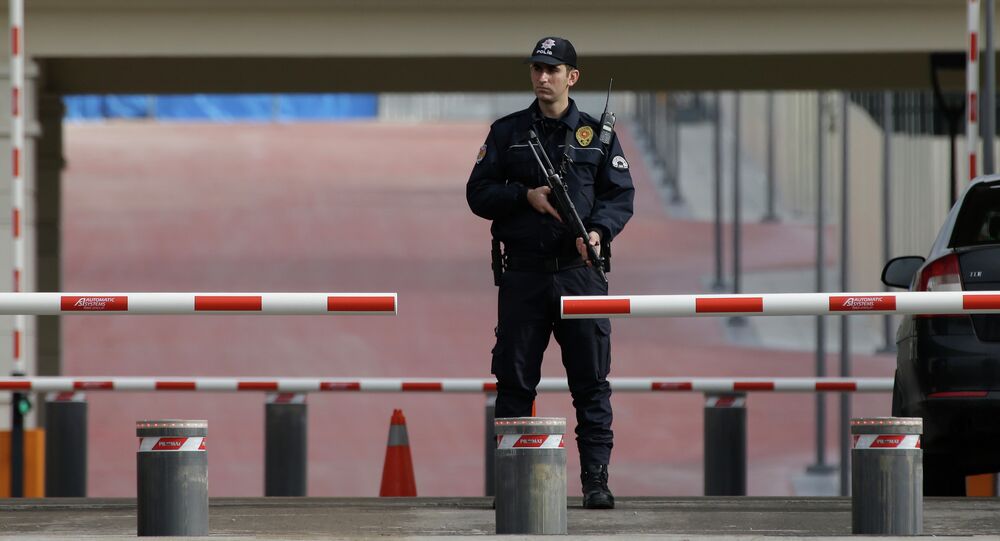 The Turkish government has plans to allocate additional personnel and equipment to protect the Turkish capital Ankara amid recent terrorist attack in the city, according to Turkish Prime Minister Ahmet Davutoglu.

According to the local Daily Sabah newspaper, among the measures, announced by the prime minister following a five-hour meeting on additional security measures, there are plans to allocate additional personnel and equipment to protect the Turkish capital Ankara, that recently suffered a major attack.

On Wednesday, a car bomb exploded outside a military housing complex near the parliament building in central Ankara, killing 28 and injuring 61. Following the attack, Ankara embarked on security operations in a number of provinces throughout the country.

© AFP 2021 / Adem Altan
Terror Takes Hold in Erdogan's Turkey as Ankara Struggles to Stem Violence
On Friday, Turkish President Recep Tayyip Erdogan said that three organizers of the terrorist act were among 14 people detained in connection with the attack and attributed the responsibility for the bombing to Syrian Kurd self-defense forces.