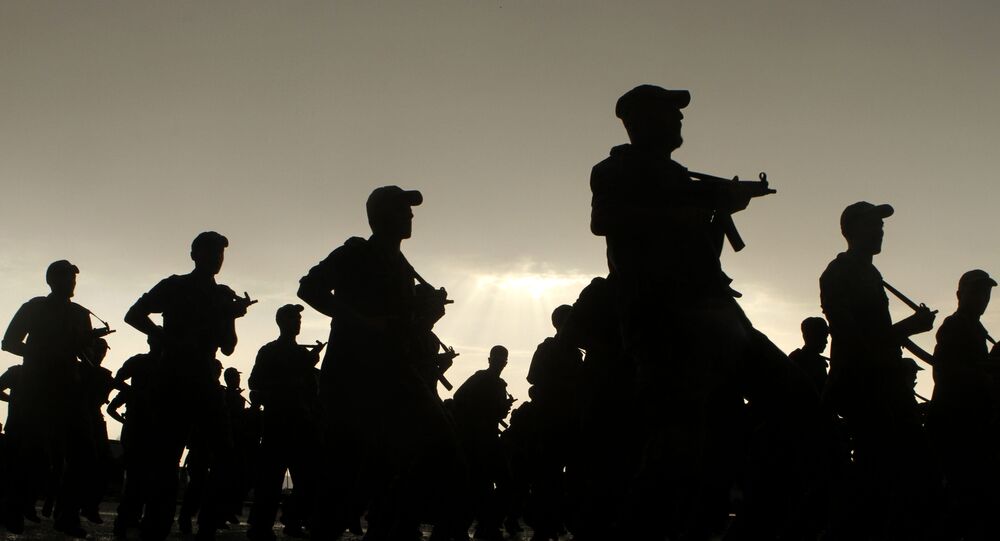 Riyadh has not yet decided on the date of the beginning of a ground campaign in Syria, Saudi Defense Ministry adviser Brigadier General Ahmed Asiri told Sputnik on Friday.

MOSCOW (Sputnik) – Last week, the media reported that Saudi Arabia could send thousands of ground forces to Syria, most likely in coordination with Turkey, to take part in the fight against Daesh. Shortly after that, Turkey reportedly sent troops to its border, and also intensified the shelling of Kurdish-held areas in northern border regions of Syria.

"As far as the date is concerned, the meetings of military experts, which will decide on the timeframes, place of the operation, the number [of servicemen] and qualitative characteristics of the operation, are still continuing," Asiri said.

© AFP 2021 / MOHAMMED AL-KHATIEB
Tension Escalation: 'Turkish and Saudi Boots in Syria May Trigger WW3'
On Monday, a spokesman for Turkey’s ruling Justice and Development Party (AKP), Omer Celik, said Turkey had no plans to conduct a ground operation in Syria.

Riyadh has been a nominal member of a US-led international coalition that has been carrying out airstrikes against Daesh jihadists in Syria and Iraq since 2014. However, the operations in Syria have been conducted without the approval of the Syrian government or the UN Security Council.

Russia has also been leading a separate campaign against Daesh militants in Syria since last September, following a request from Syrian President Bashar Assad, having outlawed the group.