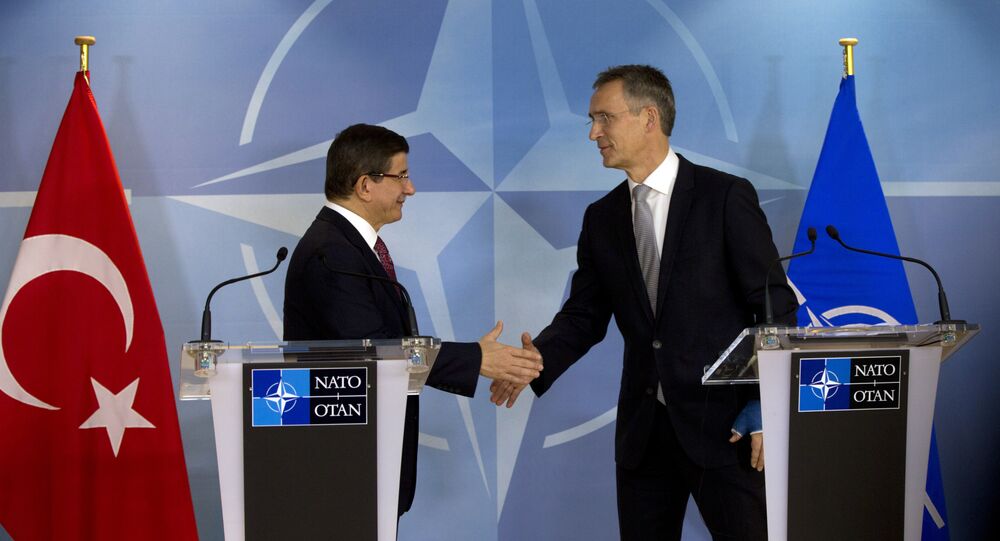 Turkey's main aim is to prevent Kurdish self-determination, not stopping Islamic terrorism, and the backing it receives from NATO allows it to follow its own agenda, Robert Oulds, Director of the Bruges Group, told Sputnik.

Turkey has to a large degree destabilized neighboring Syria by behaving like an aggressive and interventionist military power, and its actions have been enabled by the US and NATO, Robert Oulds, Director of the Bruges Group, told Radio Sputnik.

​"Turkey has direct responsibility for a lot of these problems," said Oulds, and the US "need to do more to rein Turkey in."

"Turkey's main aim is not to stop Islamic terrorism in Syria, but to take away the Kurds' right to self-determination not just in Turkey, but in Syria as well."

© REUTERS / Sertac Kayar
Turkey May Continue Attacks on Kurds Despite Int'l Calls for Restraint
Oulds said that the US has given only limited support to the Kurds, despite them proving to be one of the most effective forces fighting the Daesh terrorism group, leaving them to rely on support from Russia.

Instead of being a Western ally, Turkey should be an "international pariah" because it is supporting the Daesh terrorist group in Syria and killing its own civilians, he said.

"It's a very dangerous mix now, with a Turkish government that is Islamic, is quite extremist, has links to ISIS (Daesh) via the oil trade and is trying to harness Turkish nationalism."

"For quite some time Turkey has wanted to invade northern Syria and create what they call a buffer zone, but really the aim is to try and extinguish a growing Kurdish state."

Turkey's Terrorist Attacks Must Not Be Pretext for 'Collective Punishment'