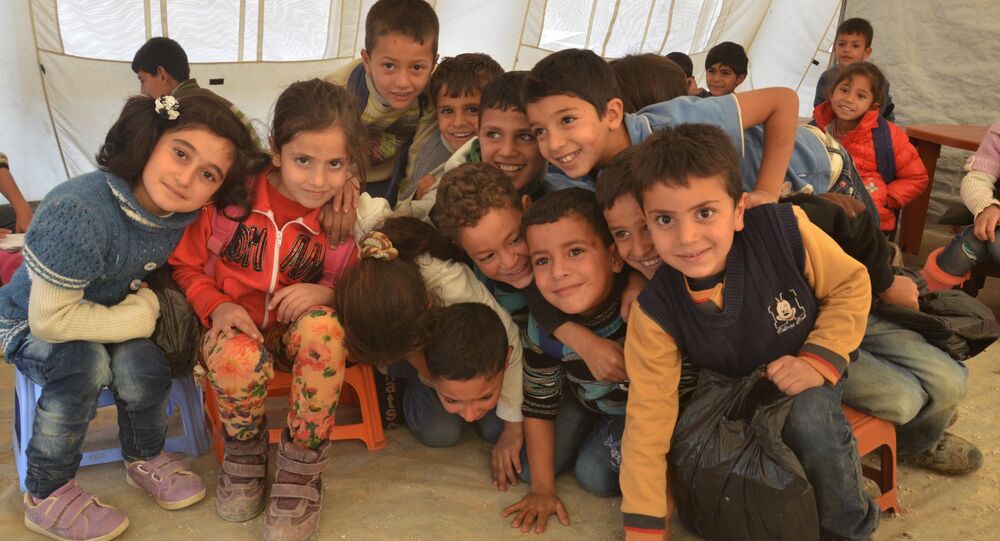 UN Agency for Refugees representative in Lebanon Dana Sleiman said that the standard of living for Syrian refugees is deteriorating day by day due to lack of international assistance.

© AFP 2021 / Stefan Rousseau
Look Who's Talking! UK Expects Lebanon to Do More for Syrian Refugees
Dana Sleiman told Sputnik in an exclusive interview that the number of registered refugees in the UN agency in Lebanon has reached 1.69 million. Around 70% of them live below the poverty line.

“They have to resort to begging in order to live. The World Food Program is able to cover only 50% of the needs of refugees. We can provide medical care only in emergency cases,” Sleiman added.

According to her, in the 5 years since Syrian refugees arrived to Lebanon, the situation has worsened, as the humanitarian aid is limited and the stock has been exhausted. The added problem is the lack of an opportunity to gain official refugee employment in Lebanon.

“They have a difficult financial problem, that causes parents to send their children not to school but to work,” Dana said.

The UN refugee agency is providing assistance to Lebanon in the form of food, warm clothes for winter, medicine, as well as assists in enabling children to get an education.

Syria has been in a state of civil war since 2011, with the army loyal to President Bashar Assad fighting several opposition factions and militant organizations, including Daesh.

The armed conflict has led to a massive humanitarian crisis, with millions of people forced to flee the country.

EU to Give $370 Million to Jordan, Turkey, Lebanon, Iraq to Assist Refugees