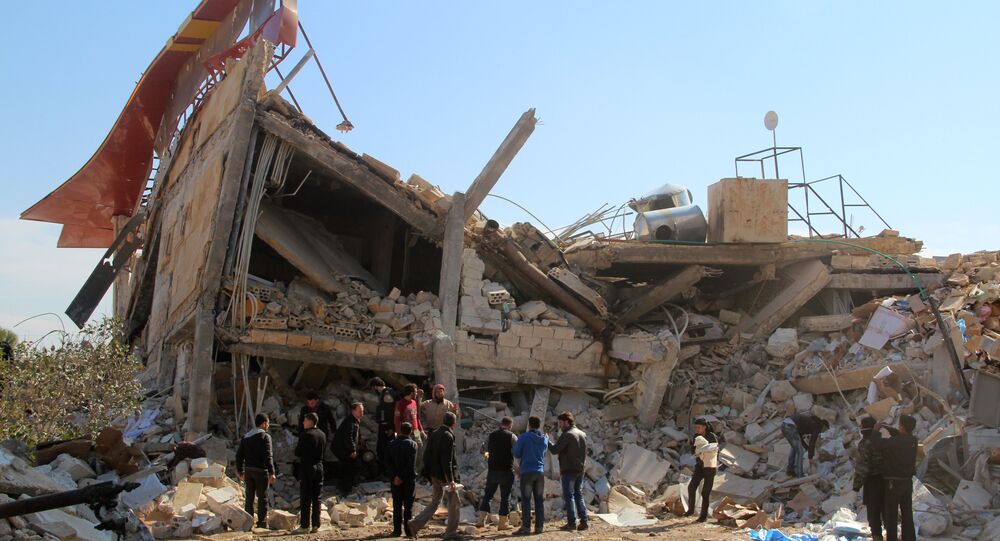 US-led coalition airstrikes are not responsible for the assault on a hospital affiliated with Doctors Without Borders (MSF) earlier in the week in Syria, and a special investigation is necessary to find out the guilty party, Pentagon spokesperson Peter Cook said during a press briefing on Tuesday.

WASHINGTON (Sputnik) — On Monday, the Doctors Without Borders (MSF) said that a hospital in the northwestern Syrian city of Maarat Numan, in the Idlib province, was hit by four rockets. It did not say which of the warring parties was suspected to be behind the deadly attack.

The Pentagon spokesperson added that a careful assessment on the ground is needed to find out the responsible for the attack.

"I know there are questions about the Russian activities in the region, but I can’t say with specificity who was directly responsible," Cook said.

© AFP 2021 / STRINGER
Russian MoD Dismisses Ankara's Claims of Russian Ballistic Missile Strike on Hospital in Idlib
The Russian Defense Ministry has repeatedly said that allegations of civilian casualties in Russia's strikes are aimed to distract the international community form the four-year-long Syrian civil war. Moscow reiterated that all information regarding targets is always checked and double-checked before delivering strikes.