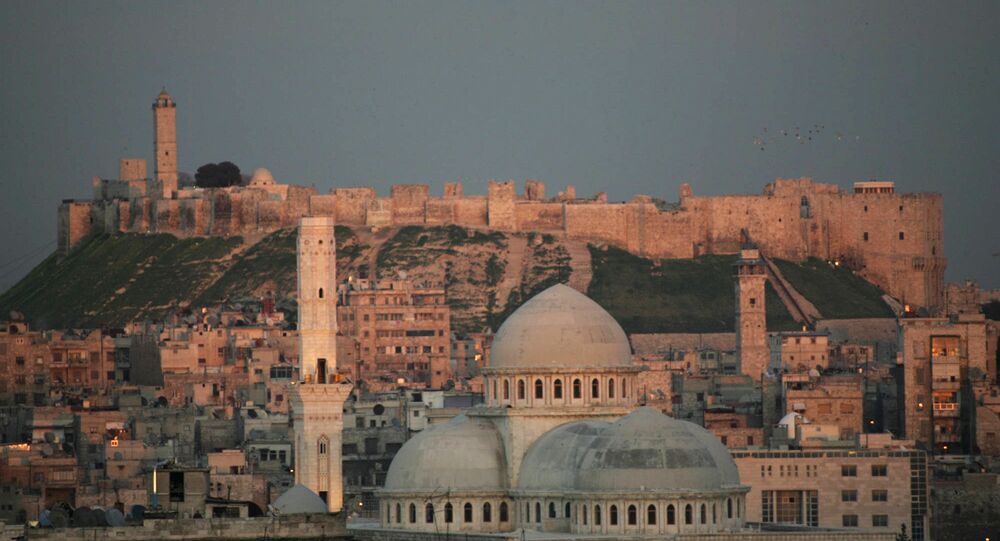 In the last few days, Turkey has repeatedly fired missiles into Syria and according to some reports, Turkish troops have exchanged fire with Syrian government forces; senior officials from Turkey and Saudi Arabia have also threatened to send troops into the already war-torn country.

© AP Photo / SPA, File
What's Behind Strategic Alliance Between Saudi Arabia and Turkey?
How likely is the scenario of Turkish and Saudi troops invading Syria and what would the consequences of such a move be?

Murat Bilhan, the former head of the Strategic Planning Department at Turkey's Ministry of Foreign Affairs who is now vice-president of the Turkish-Asian Center for Strategic Studies (TASAM), spoke to Sputnik in an exclusive interview.

“I do not believe in the seriousness of the intentions of Saudi Arabia. A ground invasion of Syria under the current circumstances would be utter madness. This would further exacerbate the already extremely difficult situation in Syria. The supporters of a ground invasion do not take into account the real balance of opposing forces in Syria.”

Bilhan further said that in addition, the invasion may be contrary to the provisions and geopolitical goals of Turkey and Saudi Arabia. It is known that the two countries harbor serious disagreements with one another, including with respect to various factions of the Syrian opposition.

“They have different views on the future of the Syrian political unit; their views on many things are absolutely different. In addition, Saudi Arabia has already announced that it will not participate in the operation in the absence of a joint decision of the coalition. Therefore, in my view, a joint invasion scenario is unlikely,” the analyst said.

© AFP 2021 / FABRICE COFFRINI
Why Are Turkey and Saudi Arabia Intent on Derailing Syria Peace Process?
According to Bilhan the statements by Ankara and Riyadh are nothing more than a bluff. The Saudis are currently in a very difficult situation. The fall in oil prices, the rise of Iran, the weakening of ties with the United States, etc. are some of the factors perceived in Riyadh as threats to Saudi Arabia.

“Riyadh understands that Washington, with the upcoming presidential elections, will not make any changes to the deteriorating US-Saudi relations, and therefore it makes these provocative statements,” Bilhan elaborated.

As for Turkey, the security of its southern borders is currently under threat. That bothers Ankara and forces it to take certain measures, according to the analyst.

“It is obvious that Turkey, due to its regional policy in Syria, has been virtually left alone. Serious problems in ensuring their own national borders may lead Turkey to a socio-political explosion. In this situation, extreme caution must be practiced.”

Any mistakes can lead to irreparable consequences and a full-scale regional war. “Turkey and other countries in the region need to give up aggression and direct their efforts to a peaceful course,” the analyst concluded.