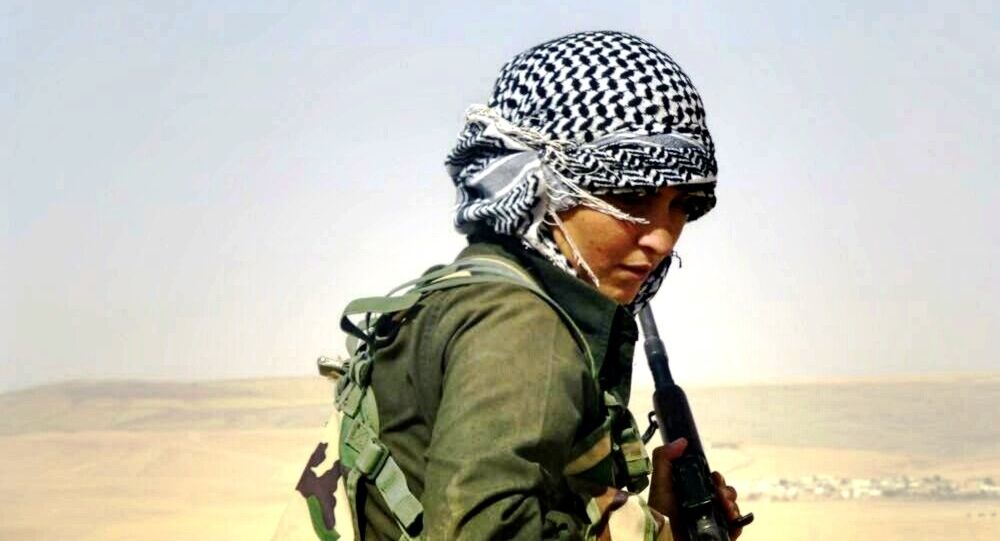 Following a recent increase in attacks, the UN Security Council is set to discuss Turkey's shelling of Kurdish targets in Syria. Ankara's repeated targeting of the Kurds, allied with both Russia and the US, has exposed the vast differences in the western anti-Daesh coalition.

© AP Photo / Halit Onur Sandal
Infighting? NATO Members Ask Turkey to Stop Shelling Kurds in Syria
The discussion on Turkey's shelling of Kurdish groups in northern Syria follows concerns raised by Moscow and Damascus, amid an increasingly strong offensive from Kurdish ground forces, who have worked in tandem with both Russia and the US.

While Moscow and Washington differ on many issues related to the Syrian conflict, they are united in their support for Kurdish forces, who have proved to be an extremely effectively ground military force while working in coordination with American and Russian airstrikes.

However Turkey doesn't share this support for the Kurdish YPG military forces, arguing that the YPG a terrorist organization, and saying that the recent shelling of Kurdish targets in Syria was merely taken out of retaliation from earlier attacks.

© AFP 2020 / Ilyas Akengin
A photo taken on February 3, 2016 shows smokes rising over the district of Sur in Diyarbakir after clashes between Kurdish rebels and Turkish forces.

"We will retaliate against every step [by the YPG]," Turkish prime minister Ahmet Davutoglu said on Monday.

"The YPG will immediately withdraw from Azaz and the surrounding area and will not go close to it again," he added, in reference to the latest Kurdish advance near the town of Azaz, a border town that plays an important role in the transport of people and supplies between Turkey and Syria.

Over 500, including children, killed in #Turkey's Kurdistan since Sept 2015 https://t.co/NZ8ORTyTlH #Kurds pic.twitter.com/Fohr6r1fBY

There are fears in Ankara that the Kurds' military success close to Turkey's southern border could embolden Kurdish nationalism in Turkey amid a push for more autonomy.

This fear has resulted in Kurdish forces becoming the prime target for Turkish attacks in recent months, easing the pressure on Daesh and other radical Islamist groups engaged in the conflict.

Tied Up in Knots

While Turkey has criticized Russian and US military support for the Kurds, Ankara has been equally lambasted for its heavy-handed approach to the YPG, creating divisions in the US-led international coalition against Daesh.

Turkish President Recep Tayyip Erdogan last week scalded the US over its cooperation with Kurdish forces, saying that Washington's support for Syrian Kurds was causing a "sea of blood" in the country.

"I told you many times: Are you with us or with this terrorist organization?" Erdogan told Turkish state media in a message to the US.

The fiery backlash came after US State Department spokesperson John Kirby said the US did not "recognize the PYD as a terrorist organization," and as such wouldn't halt its support for Kurdish forces, in a blatant rejection of Turkey's position.

"We recognize that the Turks do (label the PYD as terrorists), and I understand that. Even the best of friends aren't going to agree on everything," Kirby said.

"Kurdish fighters have been some of the most successful in going after Daesh inside Syria. We have provided a measure of support, mostly through the air, and that support will continue."

While the US and Russian forces continue to separately support Kurdish forces as part of their efforts to defeat Daesh and other terrorist groups in Syria, Turkey's opposed stance is continuing to create difficulties in the US-led campaign, with hopes for a permanent ceasefire in the four-year long conflict still some way off.