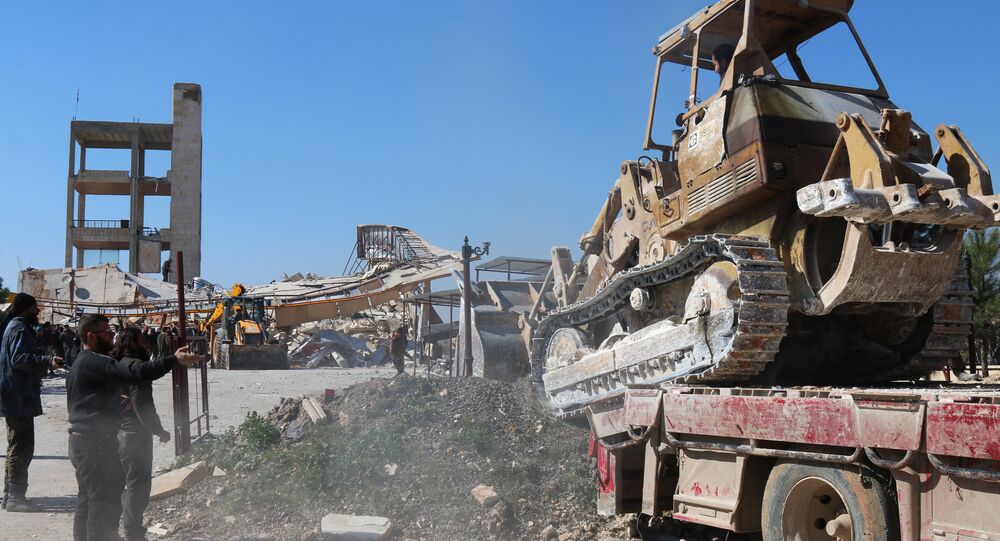 Airstrikes on a hospital affiliated with Doctors Without Borders, or Medecins Sans Frontiers (MSF), and a children’s hospital in Syria were carried out by aircraft departing the US Incirlik Airbase in Turkey, a member of the Russian upper house’s Committee on International Policy said Tuesday.

MOSCOW (Sputnik) – On Monday, the Doctors Without Borders (MSF) said that a hospital in the northwestern Syrian city of Maarat Numan, in the Idlib province, was hit by four rockets. It did not say which of the warring parties was suspected to be behind the deadly attack claiming the lives of at least seven people.

“Reconnaissance data shows that the planes carrying out the strikes on these civilian facilities took to the skies from the US base in Turkey’s Incirlik where US-led coalition and Turkish airplanes are based,” Senator Igor Morozov told RIA Novosti.

The Russian Defense Ministry has repeatedly said that allegations of civilian casualties in Russia's strikes are aimed to distract the international community form the four-year-long Syrian civil war. Moscow reiterated that all information regarding targets is always checked and double-checked before delivering strikes.