The Syrian army seized back two strategic villages in eastern Aleppo and repelled a large-scale attack by Daesh and other terrorist groups in the north of the province, Iran’s Fars news agency reported on Monday. 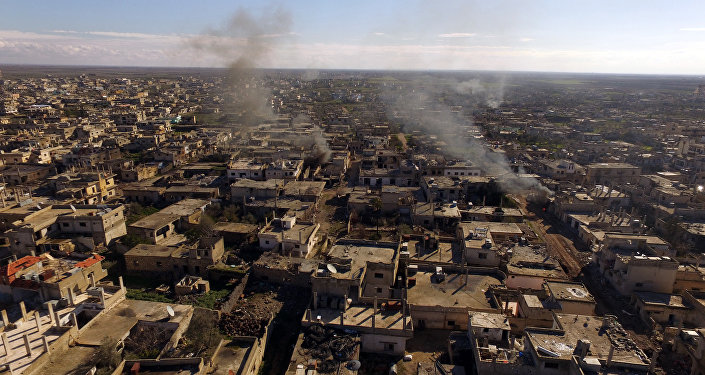 © Sputnik / Michael Alaeddin
Syrian Army Urges Militants in Damascus, Aleppo to Lay Down Arms
The liberation of TayyAba and Abu Zaneh villages, which are very close to the Aleppo thermal power plant, paves the way for taking it back from the militants.

Earlier on Monday, the Syrian army and the National Defense Forces advanced on the militants’ positions in the eastern part of Aleppo province forcing the enemy to retreat from their defensive lines, leaving behind scores of their fighters killed and wounded.

Also on Monday, the terrorist groups operating in the north of the province pulled back from another strategic village under sustained attacks by the People’s Protection Units, suffering a heavy death toll and losing much of their military hardware, Fars News wrote.

Meanwhile, government troops thwarted a large-scale attack by the terrorists on government forces' lines of defense in the northern part of Aleppo province, military sources said.

Dozens of militants were killed or wounded after their attempts to prevail over the defensive lines of the Syrian army positions in Tal al-Madhafah in the southern part of Handarat were dashed by the government forces.