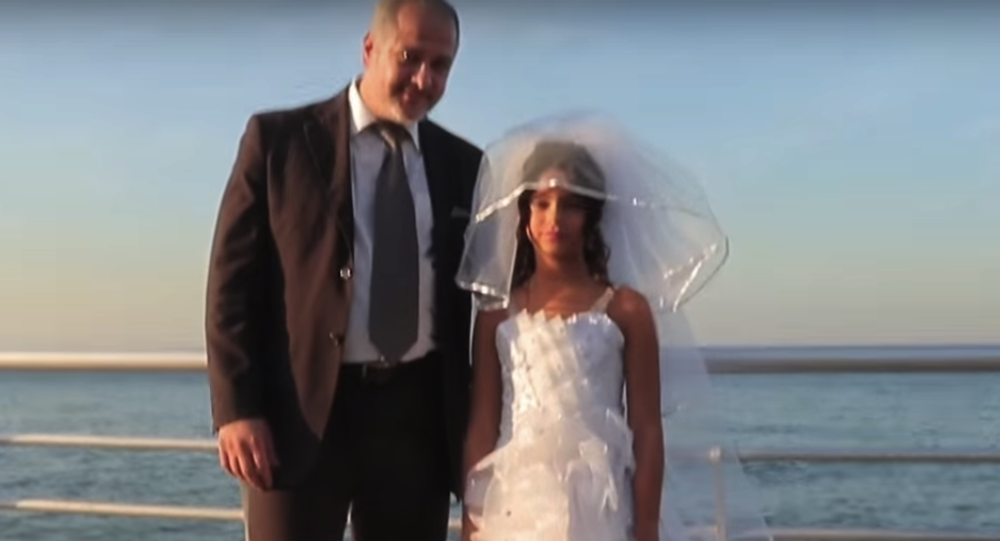 Not a Home Video: Passerbys React to Wedding of 12-Year-Old to Older Man

A video depicting a marriage between an older man and his 12-year-old bride in Lebanon shows varied reactions to the event.

The video, actually filmed in London, shows some people calling the man, who is wearing a suit and standing next to his 12 year-old bride in a wedding dress, a “criminal.”

The man, looking old enough to be the girl’s grandfather, responds harshly to his critics.

“This is none of your business,” he is shown saying, adding, “I got permission from her parents."

The video has garnered close to 2 million views but, as shocking as it is, it was intended to attract attention. While some 37,000 child marriages are said to occur globally, this one was staged. Both the groom and the bride are actors, hired by the KAFA Violence & Exploitation campaign in Lebanon. The word “kafa” means “enough” in Arabic.

“The scene [video] was supposed to seem shocking because the practice itself is shocking,” says Maya Ammar, KAFA’s communications coordinator.

The issue, activists say, is very much about parents and the community that allows this to happen. In the video, not everyone appears to be turned off by the event, with some shown to be congratulating the couple, especially the old man.