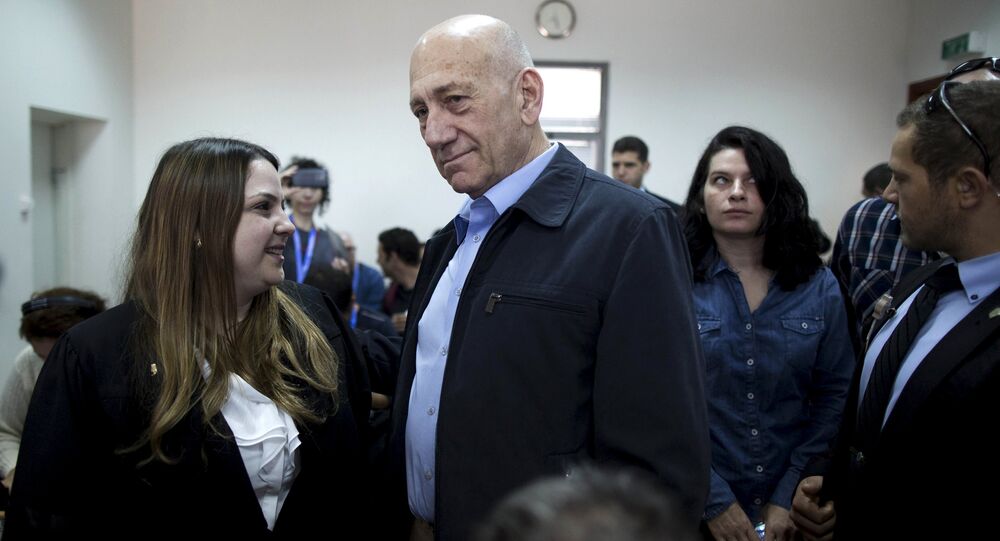 Former Israeli Prime Minister Ehud Olmert is set to begin serving a 19-month corruption and obstruction of justice sentence on Monday as the first Israeli leader convicted of graft.

TEL AVIV (Sputnik) – Olmert is expected at the Maasiyahu Prison outside Tel Aviv where he will be photographed and searched at arrival, as well as will undergo a medical examination and a series of interviews with prison officials. A confidant who spoke to him on Sunday told the Jerusalem Post that Olmert was feeling “good, strong and stable.”

Another month to the commuted sentence was added for attempting to bribe his secretary not to testify against him in court.

Maasiyahu Prison officials said they have set aside “cellblock 10” for the 70-year-old politician, intended for convicts “who cannot be kept with the usual contingent for one reason or another.” Former President Moshe Katsav, serving a 7-year rape sentence, is expected to be among Olmert’s few cellmates.

Cellblock 10 contains six furnished cells to accommodate three prisoners and is equipped with a shower, toilet and a television, as well as a telephone in the hallway. The block contains a mess hall, study rooms, a library, recreational rooms, a synagogue, a gym and a prison yard.

Olmert headed the Israeli government between 2006 and 2008, and was succeeded by current Prime Minister Benjamin Netanyahu in March 2009.

Before the 2014 charges, Olmert was also accused of corruption but was not detained.