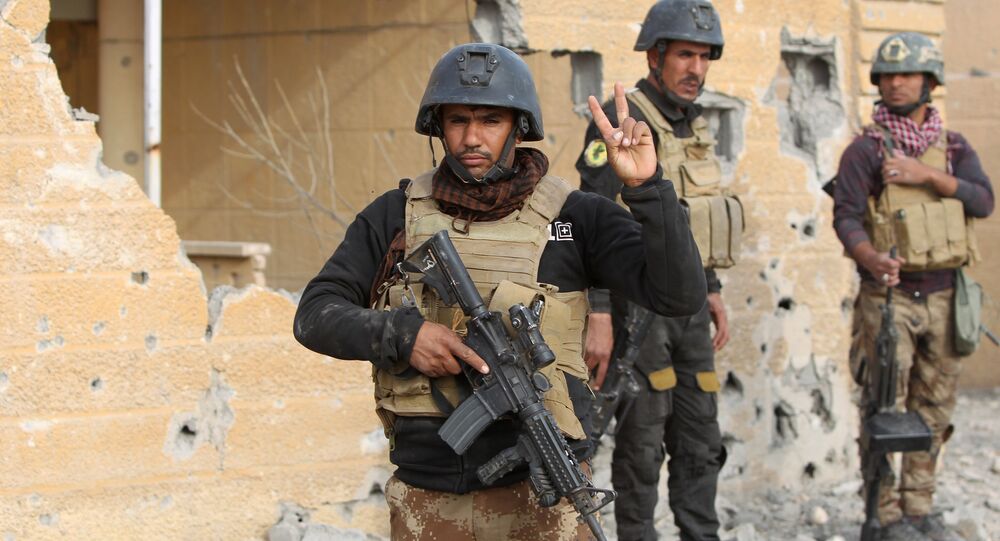 The large-scale military exercises started on Tuesday, with the participation of ground forces from Egypt, Sudan, Jordan and several other Arab states, the members of the Riyadh's antiterrorist coalition.

The exercise is expected to last 18 days and involves about 150 thousand soldiers.

"Large military forces have been sent to observe the maneuvers at the Iraqi-Saudi border in coordination with the security authorities," al-Asadi stated.

© AP Photo / Mosa'ab Elshamy
Will We See Saudi Troops in Iraq in the New Year?
The official noted that a possible violation of Iraq's airspace will be regarded as a violation of the stated sovereignty and perpetrators will be held responsible.

According to another Iraqi politician Iskander Vitvit, Iraqi authorities should abandon diplomatic relations with Saudi Arabia and strengthen cooperation with Russia.

"These maneuvers are a part of the plan on Iraq's division, supported by Saudi Arabia and the United States, in coordination with Turkey. But they are well aware that Iraq is no longer the same as before and that it is ready to fight back," the politician said.