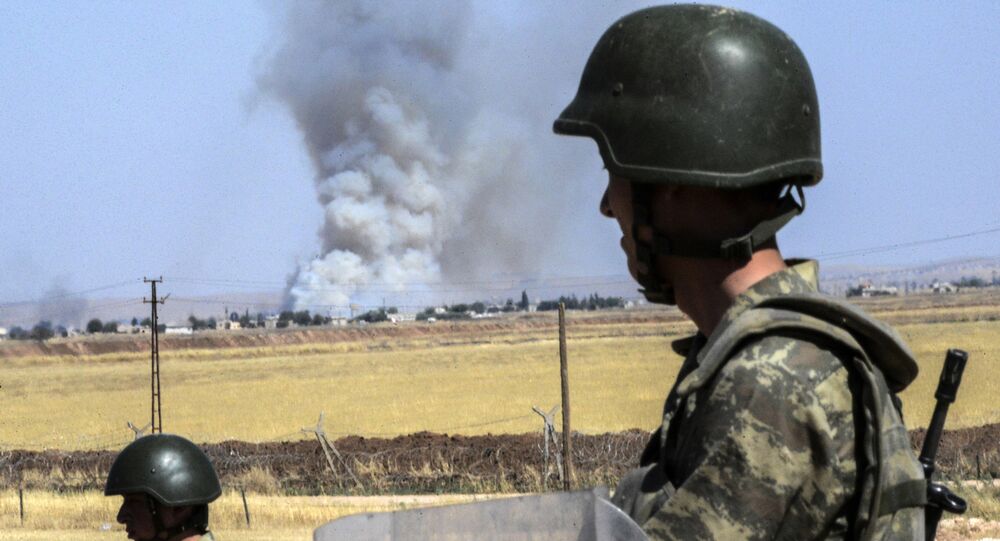 © REUTERS / Murad Sezer
Biden Calls on Turkey to Stop Shelling Syria, Show 'Reciprocal Restraint'
According to Al Mayadeen television channel, Ankara attacked the towns of Marimin and Anab near the Afrin district of the Aleppo province. There has not been any information regarding casualties.

US Vice President Joe Biden in a conversation with Davutoglu called for cessation of Turkish artillery strikes in northern Syria.