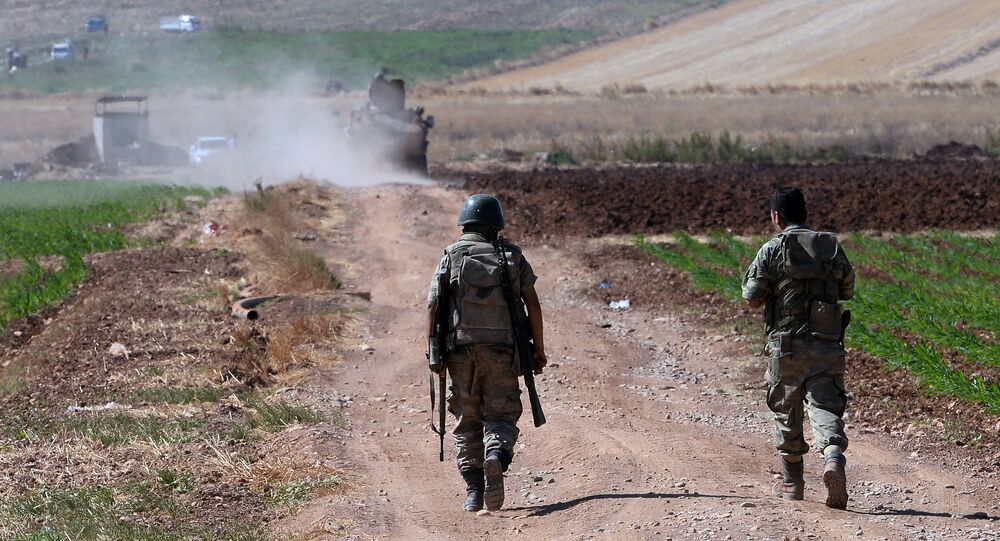 Damascus said that Turkey's shelling of Syrian territory is a "direct Turkish support of terrorist groups," state TV reported, citing a letter to the United Nations.

"The shelling of Syrian territory by the Turkish heavy artillery is a direct support of terrorist groups and an attempt to boost their morale", SANA news agency cited the statement.

Syrian authorities have called on the UN to take measures to ensure security and "put an end to the crimes of the Turkish regime."

"Damascus strongly condemns Turkey's attack on Syrian people and the attempt to violate its territorial integrity," the letter said.