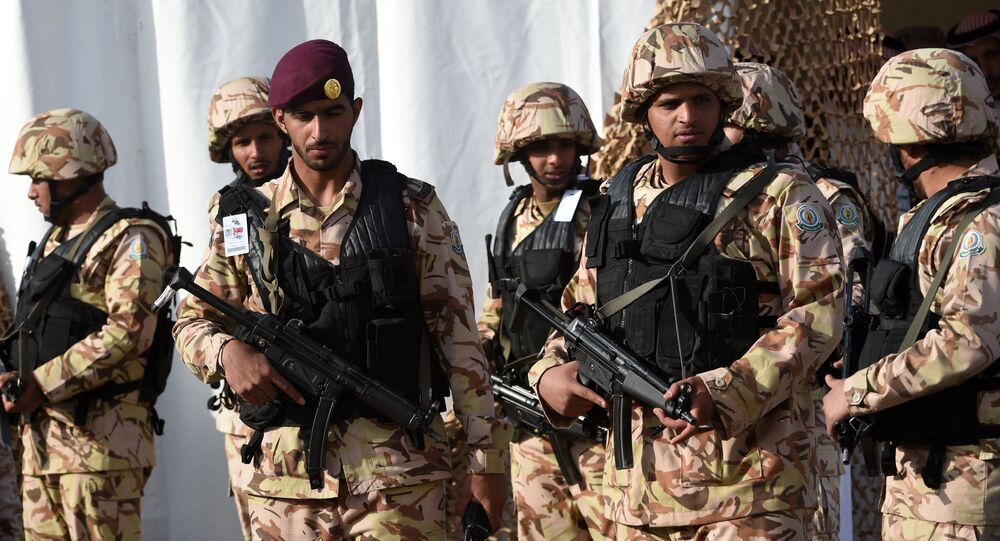 Saudi Arabian foreign minister Adel al-Jubeir has warned that if the Syrian political process fails, President Bashar Assad will have to be removed "by force."

"We will push as much as we can to ensure that the political process works. But if it doesn't work, it will be because of the obstinacy of the Syrian regime and that of its allies," Adel al-Jubeir told CNN.

"And should that prove to be the case, then it becomes clear that there is no option to remove Bashar al-Assad except by force," he added.

Last week Saudi Arabia said it was prepared to contribute ground troops to the fight in Syria, following a similar statement by the United Arab Emirates.

© AP Photo / Saudi Press Agency
Saudi Arabia Stations Warplanes at Turkish Airbase – Defense Ministry
Saudi warplanes, currently deployed at Turkey’s Incirlik airbase, are ready to bomb Raqqa and its environs with a senior Defense Ministry official saying that Riyadh planned to “destroy Islamic State forces in and around Raqqa” as part of the US-led coalition’s intention to step up its airstrikes against the terrorist group.

Mentioning the possibility of a ground operation against Daesh in Syria, the official said that there were no Saudi troops in Turkey right now, but the coalition was “generally agreed” on the need for such an operation.

Meanwhile, a senior Syrian opposition representative said that the country had enough people ready to fight for democracy and did not need any outside help.

“We really have more than enough people ready to fight for democracy out there, and we need no outside help,” Salem Meslet, a representative of the opposition High Negotiations Committee, told Sputnik on Saturday when commenting on some Arab nations’ stated readiness to deploy their ground forces in Syria.

He added that the situation could change if Russia or Iran decided to send their ground forces to fight alongside the army of Syrian President Bashar Assad.

In the meantime, US Defense Secretary Ashton Carter said that Washington was not considering any major Arab deployments to Syria, adding that the coalition was only studying the possibility of sending commando units to help the local opposition militias retake the de facto Daesh capital Raqqa in the north.