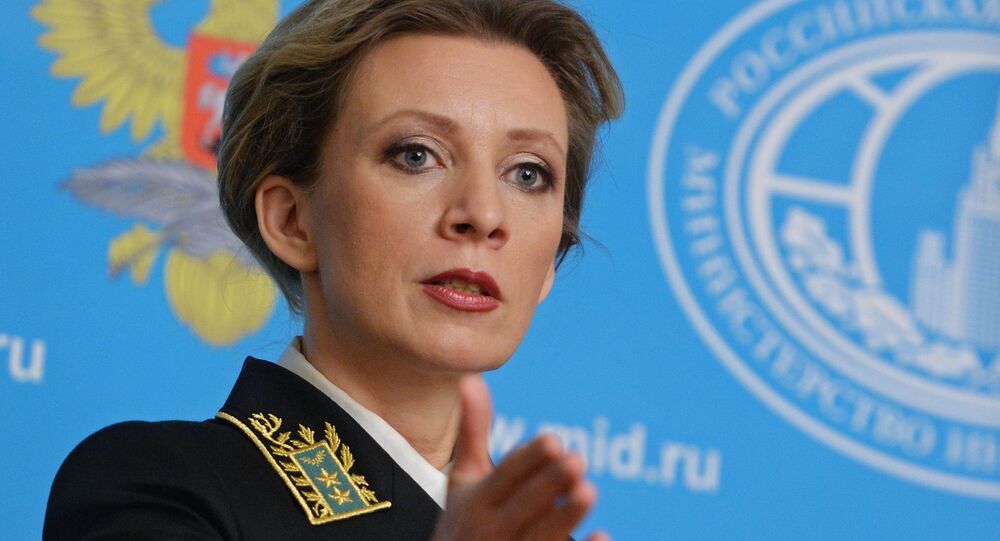 Russian Foreign Ministry spokesperson Maria Zakharova told just how different the views of Russian, German and British foreign ministers were on the peaceful settlement of the Syrian crisis in the form of a good joke.

Earlier this week, negotiations of the International Syria Support Group (ISSG) were held in Munich, Germany.

© REUTERS / Rodi Said
Munich Plan to End Hostilities in Syria is 'A Small Step Forward'
The ISSG meeting, attended by Russia, the United States and over a dozen of other states, resulted in the adoption of an agreement that called for humanitarian access to all besieged areas in Syria and set a one-week deadline for measures to be implemented to possibly end the Syrian Crisis.

During the meeting, German Foreign Minister Frank-Walter Steinmeier, Russia's Sergei Lavrov and their British counterpart Philip Hammond were asked one identical question, requesting to comment on the chances [in percentage] of finding a peaceful solution in Syria.

"Steinmeier succinctly said 51 percent. Lavrov began to explain that everyone first must fulfill their obligations [reached in Munich on Thursday] and make responsible decisions to collectively interact on a peace settlement because there is some doubt, giving it a 49 percent success rate. Hammond blamed the Kremlin," Zakharova wrote on her Facebook account.

Hammond continued to accuse Moscow of "bombing the Syrian moderate opposition." According to the British Foreign Affairs Secretary of State, Russian airstrikes are preventing "moderate opposition" to join the peace settlement process.

The ISSG was formed in November shortly after the beginning of the Syria peace talks in Vienna as an international format aiming to resolve the internal crisis in Syria, where a civil war has been ongoing since 2011.