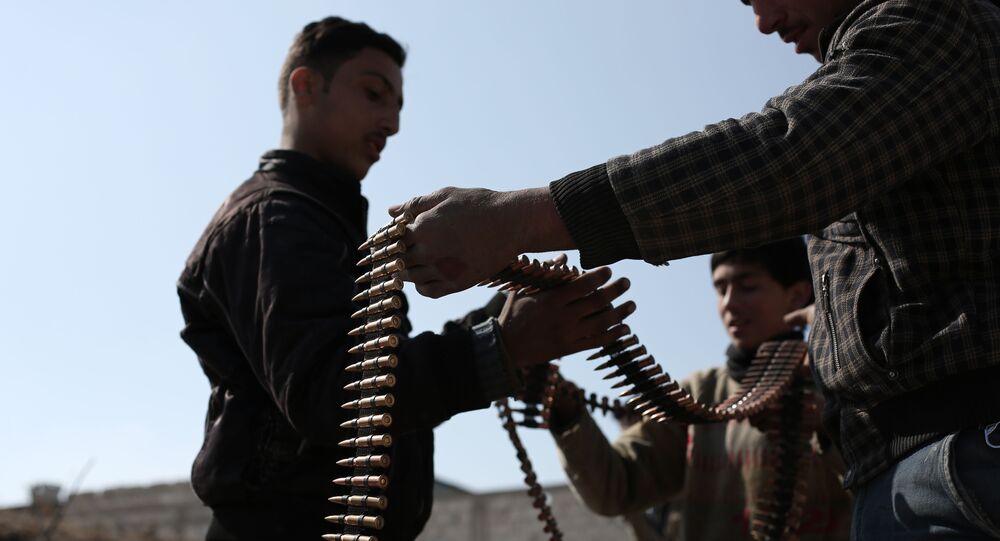 Enemies of Syrian President Bashar Assad have said they received ground-to-ground missiles from their foreign backers. They plan to use the missiles to curb the government forces’ offensive on Aleppo.

According to a source, the missiles have a range of 20 kilometers.

Recently, government forces won one of their biggest victories in the five-year-long war, having cut off supply lines from the Turkish border to militants in Aleppo.

The news came after the Munich security conference agreed on a ceasefire in Syria on February 12, which would be secured by Russia and the US.

"It is excellent additional fire power for us," one of the commanders said. The other commander said the missiles would be used to hit army positions beyond the front line.

© AP Photo / Hassan Ammar
Dangerous Games: Ankara, Riyadh 'Lack Clear Strategy' on Syria
Assad’s enemies have been supplying terrorists with weapons via a Turkish-based operations center and from Saudi Arabia. Some of the vetted groups have also received military training provided by the CIA. The Syrian government has said it aims to seal the border to cut supply routes from Turkey.

Such a "dramatic turn of events" may have two possibilities for the situation in Syria, Daniel McAdams wrote in his article for the Ron Paul Institute.

One, that since the deal is not finalized on paper, Assad’s foreign enemies have not felt the need to halt their supplies to rebels and may have hastened their delivery.

Two, that these supplies do not fall under the terms of the document. If the ceasefire does not apply to Daesh or affiliated forces, foreign weapons suppliers may have decided that if Russia will bomb the terrorist groups, then Saudi Arabia and Turkey are free to provide them with weapons.

"Does anyone have any confidence in this kind of ceasefire when either the 'moderates' or named terrorist groups are being armed to the teeth on the eve of its implementation? Will the Russians begin to doubt the veracity of their western partners' commitment to halting the violence in Syria when they learn of this massive weapons shipment?" he wrote.