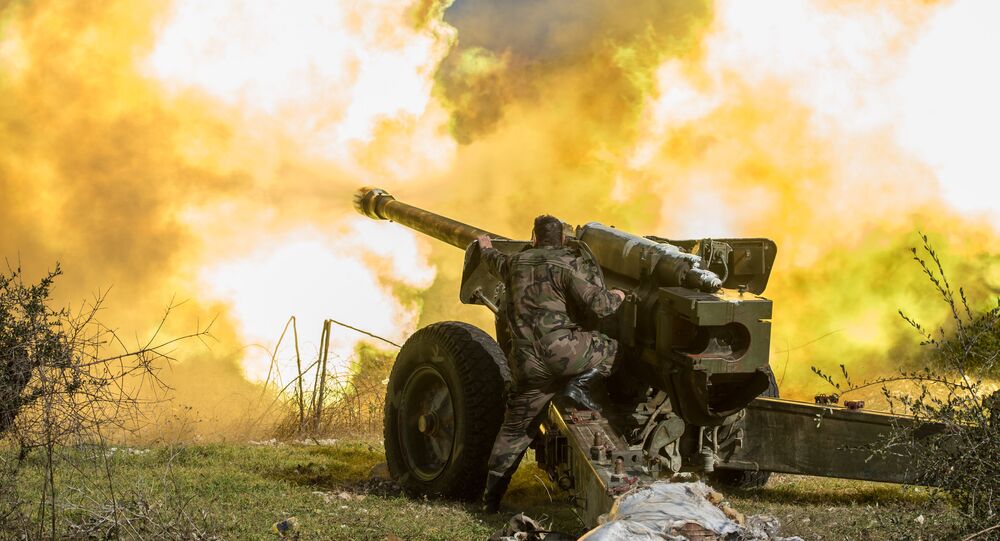 With a number of strategic positions on the border of Raqqa province already retaken, the Syrian Army is now poised to advance into the Daesh-held northern region, Iranian media reported citing a Syrian military sources on Saturday.

Tabqa is the territory where a Syrian air base captured by Daesh forces in 2014 is located.

They also managed to push the terrorists away from the key town of Ithriyah, which is the government’s only supply route to Aleppo province along the Khanasser-Ithriyah Road.

Currently, the Syrian Armed Forces are approximately 35 km away from the Tabqa military airport — their primary objective in Raqqa at the moment.

On Friday Syrian pro-government forces gained full control over Tal Madakhah after a fierce firefight with the terrorists positioned on this small hilltop near Ithriyah.

Following the capture of Tal Madakhah the government forces continued their offensive along the Raqqa-Salamiyah Highway.

Race for Raqqa: Why Washington Wants to Capture the City