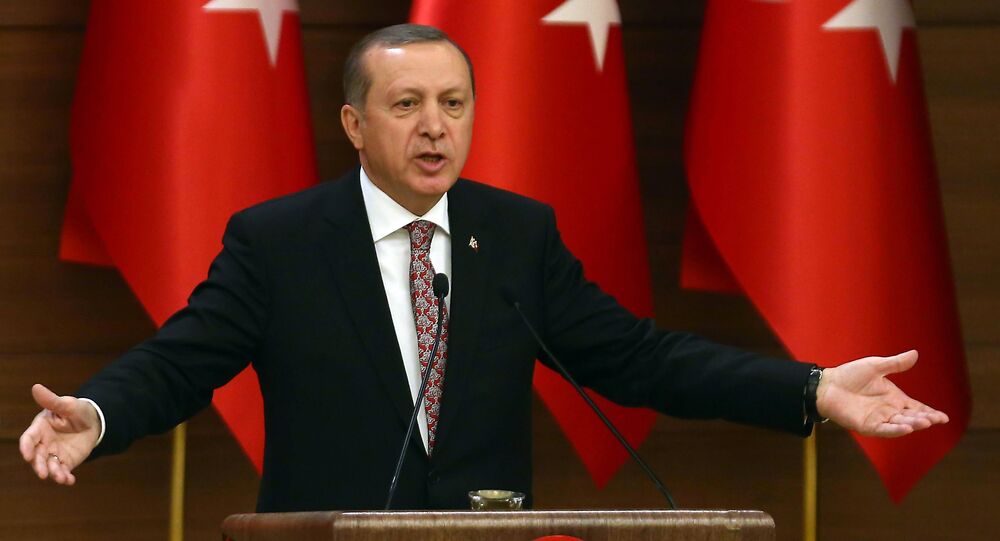 Turkey's confrontation with Russia and Syria's Kurds has led it to pursue a dead-end foreign policy with only a few ways of extricating itself, according to a retired Turkish diplomat.

Turkey's foreign policy is built on a series of mistakes that have lead it to a dead end because of its decisions regarding Kurds and Russia, retired Turkish diplomat Unal Cevikoz told Sputnik Turkiye.

Turkey shot down a Russian warplane over Syria in November, severely straining relations. It has also increasingly criticized the Syrian Kurds, who are backed by the US, as a "terrorist organization."

"[Its] Syrian policy has led Turkey to such a position, where its chances of making a serious positive breakthrough are practically nil," Cevikoz told Sputnik Turkiye.

© Sputnik / Ari Jalal
With Friends Like These: US Stalls Kurdish Offensive Against Daesh in Iraq
According to Cevikoz, a key change would be to repair relations with Russia and to make a deal on refugees, which would see refugee camps built on the Syrian side of the border.

The issue of Syrian asylum seekers has remained a contentious issue in Turkey, which hosts over 2.5 million refugees.

Cevikoz added that Turkey's decision to consider the Syrian Kurdish Democratic Union Party (PYD) a terrorist organization has led to tensions with the United States.

"Turkey has put itself in a dead end. Realizing this, it is intensely trying to revive contacts with its former allies and find support from NATO and the US. But neither NATO nor the US will clash with Russia [over this]," Cevikoz told Sputnik Turkiye.

He added that the Kurds constitute an important part of the Syrian population, and that developing a policy on Syria without taking the Kurdish factor into account would be impossible. Turkey's own internal conflict with the Kurds is connected to this, according to Cevikoz, and the country will continue to clash with Kurds in other countries until there is a peaceful solution.

Armenian President Sees No Improvement of Relations With Turkey Opportunity