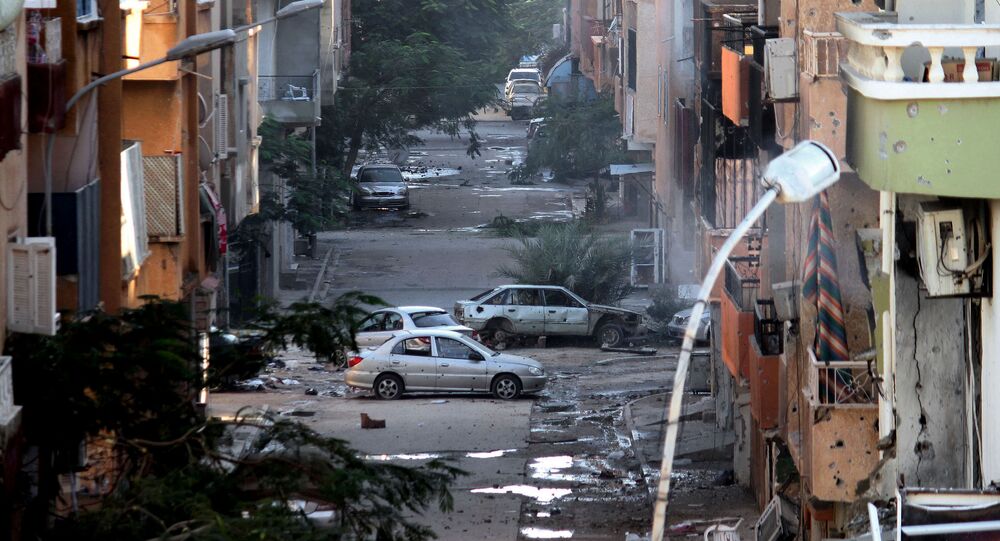 Egypt’s foreign minister has warned the US and Europe not to launch an intervention against Daesh before Libya itself can form a unified stable government.

In an interview with Reuters, Egyptian minister Sameh Shoukry said that defeating Daesh, also known as ISIL, should be "a Libyan-led process." This flies in the face of the current situation in the Arab country, where two rival governments have constantly failed to reach an agreement and work together.

The chaos that followed the NATO-engineered fall of Muammar Gaddafi in 2011 gave rise to a failed-state scenario, with multiple militias vying for power, general lawlessness and the emergence of a Daesh-affiliated extremist group.

FM Shoukry to @ForeignPolicy: With #terrorism in #Egypt, we're treated as culprit not victim, while with others there's a rush to solidarity

This has particularly worried US and European countries (especially Italy) which have recently started talking of military action or possibly, a more limited airstrike campaign against the terrorist group.

FM Shoukry to @ForeignPolicy: #MiddleEast faces challenges that threaten its security & integrity, will have repercussions beyond the region

But the Egyptian official underlined how these kind of actions could just end up replicating the anti-Gaddafi intervention that kicked off the present conundrum.

"The experience in the past… might have been met by the Libyan people with a little bit of concern, the outcome of the last intervention," Shoukry said.

"I think we all recognize that this is an issue that primarily will have to be dealt with by Libyans."

Egypt's stance is partly due to genuine fears of further chaos and partly because of its friendly relations with secular authorities in Tobruk, Middle East expert Daud Abdullah, director of the Middle East Monitor told Sputnik.

"Cairo has been extremely supportive of the Tobruk government, and it fears its action could be disrupted by a new intervention," Mr Abdullah told Sputnik.

© Flickr / Michaël Stone
Libyan Civil War Funded by Country's Own Central Bank
"Egypt is not alone in this regard. Tunisia has also expressed similar reservations about that," he added.

Egypt is also worried that a new Libyan conflict could cause more violence on its own territory, where it is already facing Islamist extremists in Sinai and elsewhere.

"After the fall of Gaddafi, a lot of Libyan arms flowed into Sinai. Another war there would affect Egypt's security situation."

"Egypt's opposition makes it more difficult for [pro-intervention] European countries like Italy to embark on such a move.

"The West can't even put together a decent Syria policy, let alone a Libya policy. I think there won't be any intervention for a while."