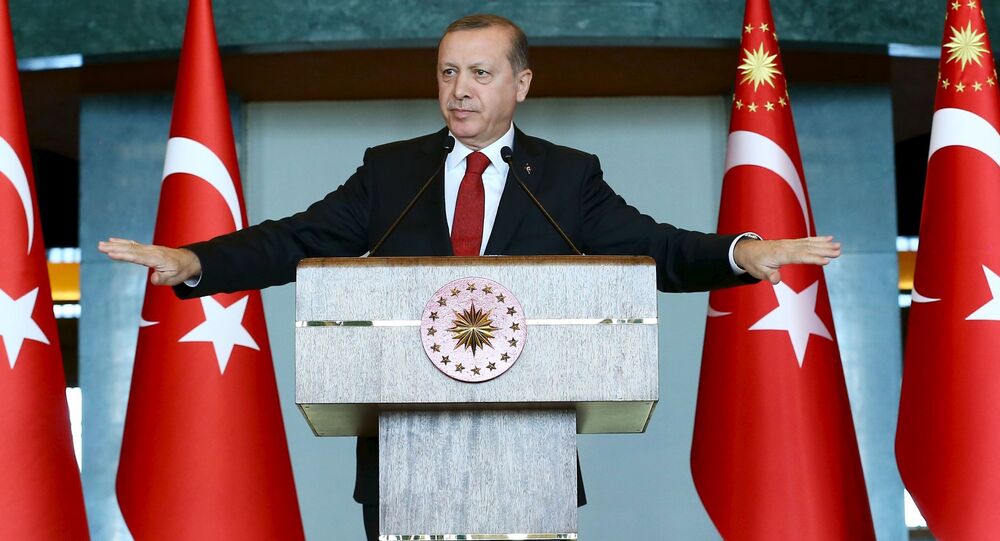 Moscow Hopes US, Coalition Will Obstruct Turkish Invasion of Syria

"I don’t think the coalition that is headed by the Americans and in which Turkey is included would allow such reckless plans to materialize," Lavrov said in an interview with Russia’s Moskovsky Komsomolets daily.

On February 5, reports emerged of Saudi Arabia possibly preparing to send thousands of ground forces to Syria in coordination with Turkey, in order to take part in the fight against Islamic State/Daesh, outlawed in many countries including Russia.

The Russian Foreign Ministry later said that Ankara's aggressive anti-Russian propaganda was preparing Turkish public opinion to military involvement in Syria. The Russian Defense Ministry said that there were "serious grounds" to suspect Turkey of preparing for a military incursion in Syria.

Russia and Turkey have differing views on Syria, which has been in the state of civil war since 2011. Ankara has been supporting the Syrian opposition aiming to displace President Bashar Assad, while Russia has stressed that Assad is the country's legitimate authority.