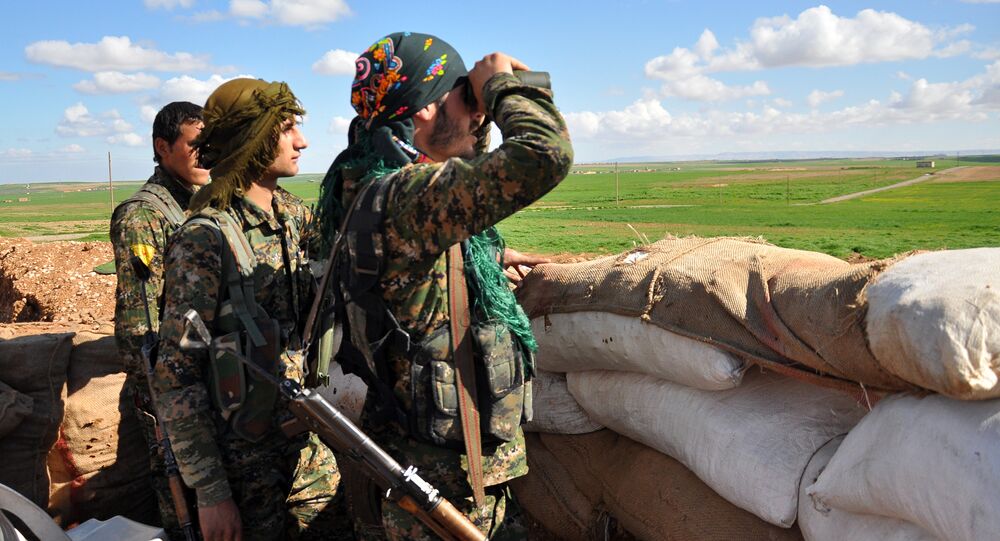 The announcement of the leadership of the Syrian Kurds that they would open their first foreign office in Moscow is telling: their choice of Russia over Washington or Western Europe signals that Russia is allying with the Kurds in the Middle East, which will certainly undermine US and Turkish policy in the region, according to the Israeli media.

© AP Photo / Burhan Ozbilici
Why so Much Hate? Closer Look at Erdogan’s ‘Kurdophobia’
Wednesday is set to see an inauguration ceremony of the first European office of the Syrian Kurds, which will be located in Moscow. The ceremony is to be attended by Russian foreign ministry officials as well as representatives from several other countries, according to Abdulsalam Ali, the Syrian Kurdish envoy in Moscow.

“The choice of Moscow and not Washington or Western Europe is telling,” says The Jerusalem Post.

“Putin appears to be making another shrewd play for power in the Middle East by allying with the Kurds, in a step that undermines United States and Turkish policy in the region,” states the Israeli newspaper.

The US has established its cooperation with Syrian Kurdish fighters against Daesh (ISIL/ISIS). It has developed working relations with the Syrian Kurdish YPG (People's Protection Units) – the military wing of the Syrian Democratic Unity Party  (PYD) – the most dominant force among the Syrian Kurds and an affiliate organization of the Kurdistan Workers' Party (PKK), a Kurdish group located in Turkey which remains listed as a terrorist organization by the US, Turkey, and the EU.

© Flickr / Victoria Pickering
Is the Honeymoon Officially Over? Turkey Summons US Ambassador Over Washington’s Stance on Kurds
Meanwhile, Turkey has denounced the move.

Recep Tayyip Erdogan issued what can be considered as an ultimatum to the US this week, saying that its, that it’s “either us or the PYD”, Gallia Lindenstrauss, a Turkey expert and research fellow at the Institute for National Security Studies at Tel Aviv University told the newspaper.

“Russia’s Kurd gambit”, the outlet says, takes advantage of US hesitancy in fully supporting the Kurds because of worries about angering Turkey.
This “makes Ankara’s life much more difficult as it continues fighting a Kurdish insurgency at home.”

© AFP 2021 / DELIL SOULEIMAN
Blackmail Continues: Turkish FM Says US Must Choose Between Turkey, Syrian Kurds
“It is highly likely that Russia will take advantage of the trend and support the Kurds, effectively turning an American ally into a Russian one,” the newspaper quotes Shmuel Bar, a senior research fellow at the Samuel Neaman Institute for National Policy Studies at the Technion-Israel Institute of Technology in Haifa, as saying.

This opinion is also echoed by The Guardian, which says that the possible alliance between Russia and the Syrian Kurds “puts Erdogan in a corner”.

“A big, new military operation against Kurdish strongholds, in defiance of both Russia and the US, would be a sign of Erdogan’s desperation, marking a potentially catastrophic spreading of the Syrian conflict,” the outlet states.