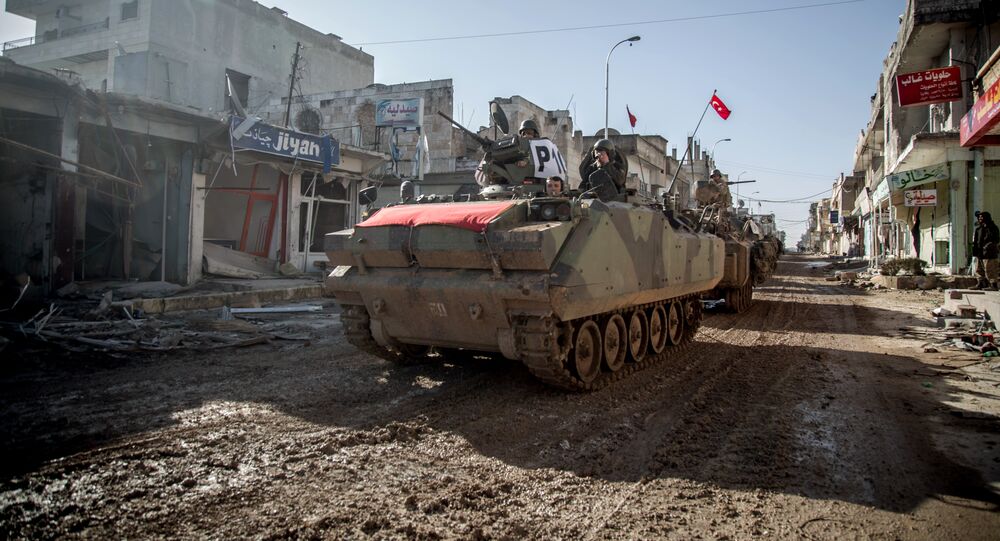 Turkey and Saudi Arabia are said to be on the verge of sending ground forces to the Syrian battlefield. If they do so, both will claim that boots on the ground are the only option to tackle Daesh, but their true intentions, analysts point out, are the opposite.

© REUTERS / Jacquelyn Martin/Pool
Against Russia? Saudi Invasion in Syria ‘Would Be Beneficial for US'
The oil kingdom confirmed its readiness to take part in a US-led ground offensive last week. On Monday, Saudi Foreign Minister Adel al-Jubeir reaffirmed that Riyadh was ready to provide special operations forces for the operation. Rumors circulate, that the Saudis could deploy thousands of troops, if asked.

Editor and critic Patrick Smith referred to this initiative as "rampant with complications."

"So is the increasing military involvement of the Turks, who are Washington's other regional ally in the coalition against… against who knows whom? It's either [Daesh], as declared, or Damascus – as is cynically evident on the ground," he observed.

© REUTERS / OMAR HAJ KADOUR
A rebel fighter fires a heavy machine gun during clashes with government forces and pro-regime shabiha militiamen in the outskirts of Syria's northwestern Idlib province on September 18, 2015
© AFP 2020 / KHALED AL-SAYYED
Riyadh's True Colors: Saudis Want Washington to 'Fight Their War in Syria for Them'
Indeed, Turkey and Saudi Arabia have long called for Bashar al-Assad to step down and backed militants, who are fighting against the Syrian president. In addition, both countries made an effort to complicate, if not undermine the Geneva talks. As a result, the negotiations were suspended just days after Damascus and opposition representatives came to Switzerland.

UN Special Envoy on Syria Staffan de Mistura announced that the talks would resume on February 25. But Lendman maintains that the "farcical talks," as he refers to them, had slim chance of success from the beginning. "Resuming them is doubtful. Chances for diplomatic resolution are nil," he noted.