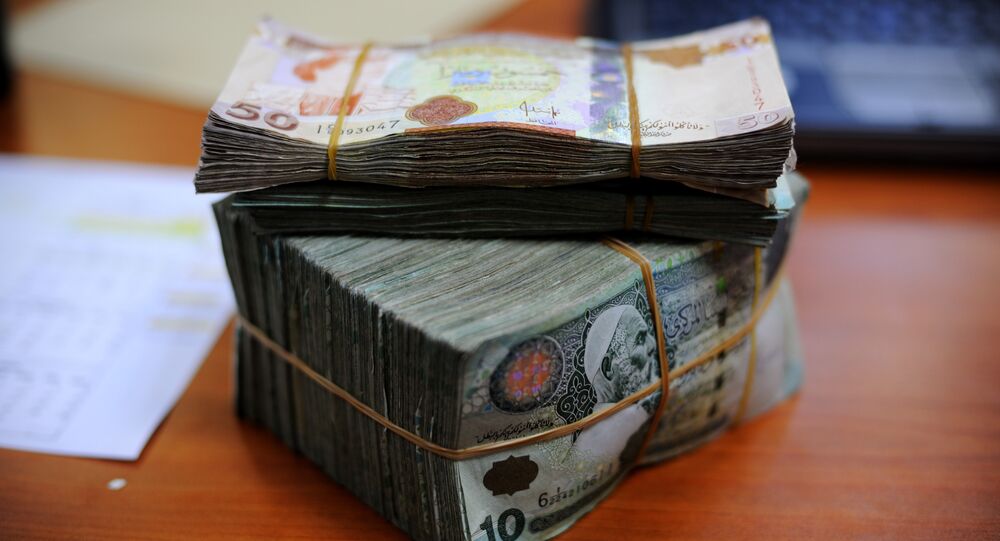 Libya's own central bank funds the rival armed factions that have precipitated the country into a bloody civil war, a top UK diplomat said.

Britain's ambassador to Libya, Peter Millett, told a parliamentary hearing on Monday that since the fall of Colonel Muammar Gaddafi — brought about by a NATO-led airstrike campaign in 2011- a multitude of militias vying for power have been bankrolled by the country's official institutions.

Many of these armed groups are actually at war with each other, a fact contributing to the ongoing Libyan meltdown.

Security, economic and humanitarian challenges in #Libya examined by @CommonsForeign at 10.30am https://t.co/UbD3zib4zT

"All main militias are still paid for by the central bank. Bored young men can join a militia, then they have a salary and something to do," Millett said, according to the Telegraph.

"I am told that in 2012, a gun was held to the minister of finance's head and he was told 'sign that check'. They were told that the easiest thing was simply to buy off the militias."

Mattia Toaldo, a policy fellow at the European Council on Foreign Relations and a member of the Council of the Society for Libyan Studies, told Sputnik that the current situation has been the norm for years.

"After the fall of Gaddafi, all those who were categorized as 'revolutionary fighters' were formally integrated into the Interior Ministry, or the Defense Ministry. That's why they are paid by the state," Mr Toaldo told Sputnik.

Fully agree with @mattiatoaldo on the more-than-foolishness of a single-handed Western intervention in #Libya https://t.co/AGzHMEhSB9

"In fact, rather than keeping the militias in check by absorbing them into the military, it's the militias that have eventually taken the reins of the country's military system," he added.

Toaldo explained that this weirdly state-financed civil war is the inevitable outcome of Libya's anarchy in the wake of Gaddafi's fall.

"The actual problem is that there are no real authorities in Libya. And whoever holds public office is constantly threatened by these armed groups," Mr Toaldo told Sputnik.

More air strikes by unidentified planes in #Libya. Not against IS I suppose https://t.co/QX5gK6EsJe

Paradoxically, he argues that stopping paying these militias might not be the right solution.

"It could be a risky choice. If the state stopped paying them a salary, these groups could decide to engage in other activities such as smuggling, or people trafficking," Mr Toaldo said.

"They already do, to be sure, but they would scale those activities up."

Mr Toaldo also underlined that the Libyan franchise of Daesh — or Islamic State — does not receive money from the central bank, as it refuses to recognize any authority other than itself.

"But besides [Daesh] and [ extremist group] Ansar al-Sharia, which turned down public money too, there are several islamist militias that are still on the state's payroll," he said.