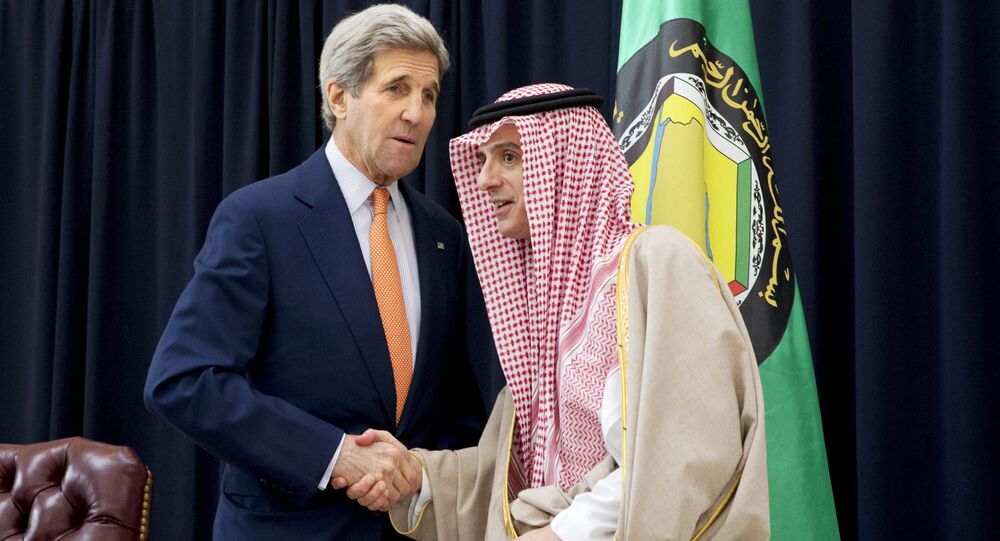 Saudi Arabia recently announced its readiness to deploy its elite soldiers in Syria.

Washington is happy about such move as it would give US a good opportunity to curb Russian influence in the region, German newspaper Deutsche Wirtschafts Nachrichten (DWN) reported.

© AP Photo / Mosa'ab Elshamy
Iran: Saudi Willingness to Invade Syria Reflects US Failure
According to the newspaper, the US government wants to prevent Russia from playing a dominant role in the Middle East.

How many soldiers Riyadh is ready to deploy, remains unclear. A certainty is, however, that the invasion of Saudi Arabia would aggravate the situation in the region, the article said.

Syrian Foreign Minister Walid al-Moallem earlier stated that any invasion by the Saudis would be considered an act of aggression. Saudi soldiers would return home in coffins, the minister said at a conference in Damascus.

"In fact, the Saudis who support several terrorist groups in Syria together with the US are especially interested to overthrow President Assad. The Americans, in turn, want to prevent Russians from playing the main part in the reorganization in Syria," the newspaper wrote.

© AFP 2020 / FABIO BUCCIARELLI
Saudi Ground Operation in Syria Could Destabilize Global Oil Market – Russian Lawmaker
Russians and Syrians have recently achieved a major breakthrough in Aleppo. Their joint efforts resulted in the elimination of hundreds of terrorists and their infrastructure.

However, German Chancellor Angela Merkel blamed Russia for a new wave of refugees: the German leader accused Moscow of bombing civilian objects, however, without providing any concrete evidence.

According to DWN, many people indeed have started to increasingly leave the combat zones in the last few months. However, such a tendency is related to the brutality of various terrorist groups, rather than Russia's military operation in the country.