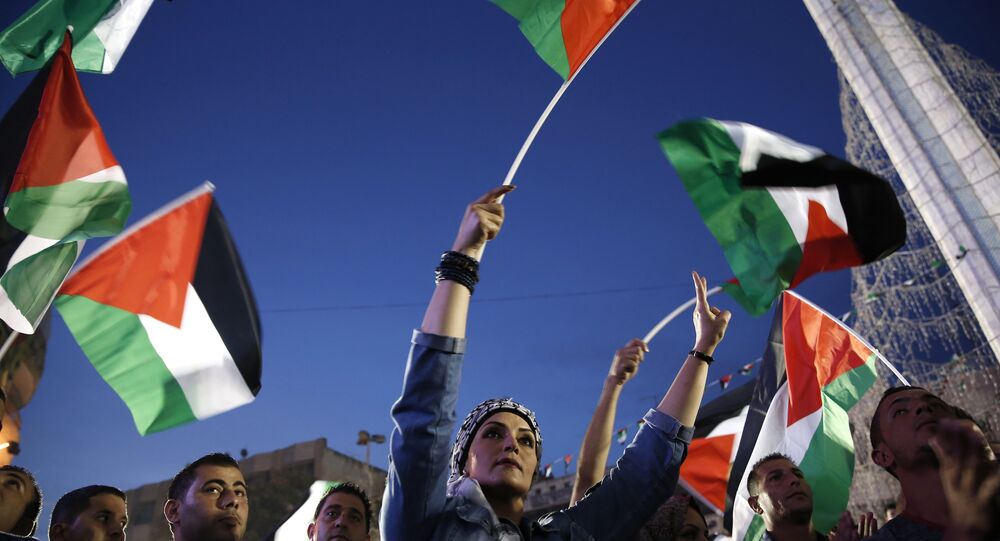 The solution to the Israeli-Palestinian conflict lies in direct talks between the two peoples, according to the Israeli Charge d’Affaires in Russia.

“Israeli leader [Benjamin] Netanyahu as invited Mr. [Mahmoud] Abbas more than once to the negotiations table. Everyone knows that a solution is needed between our peoples at direct talks,” Goldman-Shayman said at a conference in Moscow.

© Flickr / UN Geneva
UN Human Rights Investigator for Palestine Quits Over Israeli Interference
In the long-standing conflict between Israel and Palestine, Palestinians seek the recognition of their independent state, proclaimed in 1988, on the territories of West Bank, including East Jerusalem, and the Gaza Strip. The Israeli government refuses to recognize Palestine as an independent political and diplomatic entity.

The most recent round of negotiations between Israel and Palestinians began with a US impetus in mid-2013 but deadlocked nine months later.

'Into the Heart of West Asia': Indian FM Sets Off for Palestine, Israel

Palestinians to Outnumber Jews in Israel and Palestine in 2 Years