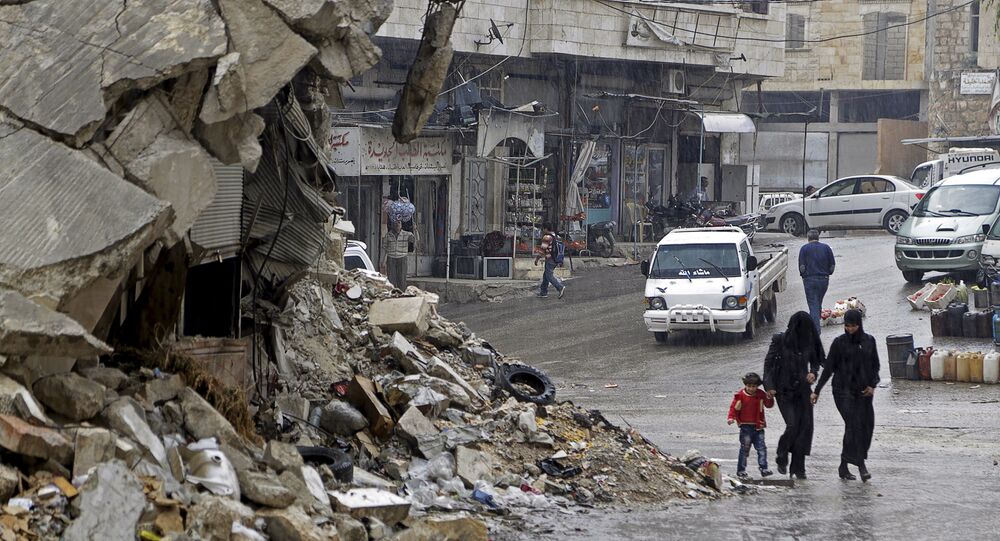 © AP Photo / Russian Defense Ministry
Terrorists Losing Control in Syria Due to Russian Airstrikes: Commanders Refuse to Follow Orders
LATAKIA (Sputnik) – According to the broadcaster, units of the Syrian army are located just a few miles outside Idlib, which is currently controlled by militants.

In late January, jihadists, particularly al-Qaeda-affiliated Nusra Front, reinforced their positions in Aleppo, which is close to the Syria-Turkey border.

Last week, the Syrian army managed to cut off terrorists’ supply routes from Turkey in northern Aleppo. The troops, with support from the local militias, broke through the sieges in the towns of Nubl and Zahraa. Now the government army aims to gain control of the Syria-Turkey border.

Earlier in the day, the governor of the Latakia province said that the Syrian army’s latest successes in the counterterrorism fight are a testament to the effectiveness of its cooperation with the Russian Aerospace Forces.

On September 30, 2015, Russia launched an aerial campaign against terrorist groups in Syria at the request of Syrian President Bashar Assad.

Syria has been engulfed in an armed conflict since 2011, with forces loyal to President Bashar Assad fighting against opposition factions and terrorist groups, including Daesh and al-Nusra Front.